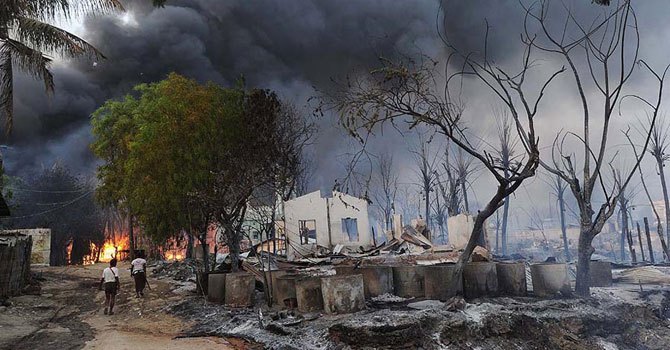 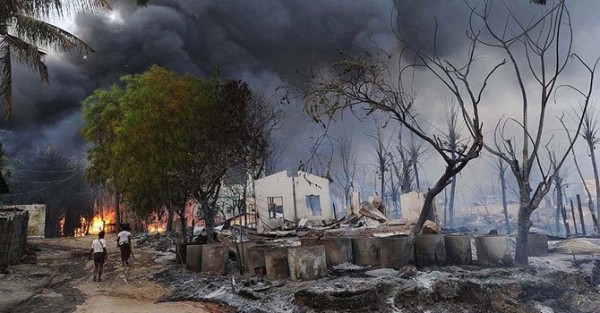 MEDAN, Indonesia: A group of Myanmar Muslims beat eight Buddhists to death at an Indonesian detention centre Friday after they heard about communal violence in their homeland, police said.

It began after the detainees learnt of recent Buddhist-Muslim violence in Myanmar which has left at least 43 people dead and many Muslim homes and mosques destroyed, he said.

“They managed to see some photos of the violence in Myanmar, including buildings on fire, and we believe that’s when the violence broke out,” Kiswanto told AFP.

He said all eight Buddhist men were dead when police arrived at the detention centre in the early hours of Friday morning, and 15 others were injured.

Heru Prakoso, North Sumatra police spokesman told AFP that the detainees fought with pieces of sharp wood. Those killed were “beaten to death with wooden objects”, he said.

Last month’s communal violence in Myanmar has left more than 1,300 homes and other buildings destroyed, according to state media.

Sixty-eight people have been arrested in connection with the unrest, which has left 11,376 people homeless, the New Light of Myanmar newspaper reported.

The clashes were apparently triggered by an argument in a gold shop in the central town of Meiktila that turned into a riot, but witnesses say the wave of violence since then appears to have been well organised.

It is the worst sectarian strife since violence between Buddhists and Muslims in the western state of Rakhine last year left at least 180 people dead.

Human Rights Watch (HRW) this week urged Myanmar to investigate the failure of police to stop the violence.

“The government should investigate responsibility for the violence in Meiktila and the failure of the police to stop wanton killings and the burning of entire neighborhoods,” said HRW Asia director Brad Adams.