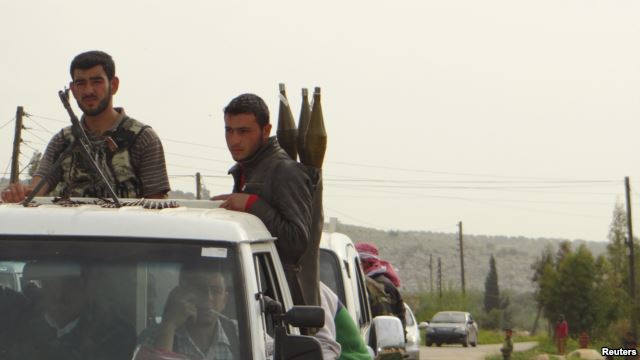 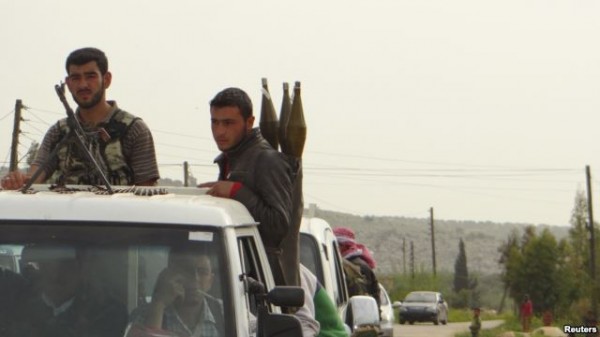 AMMAN, JORDAN — Syrian rebels said they overran an army garrison that defends the main southern border crossing with Jordan on Friday and vowed to press on to take control of the major transit route.

Fighters from the Free Syrian Army said they captured the Um al-Mayathen post on the main Damascus-Jordan highway in heavy fighting overnight that ended a siege that lasted more than a week. Dozens died in the clashes they said.

“It [the garrison] is a major defense and now we will lay siege to the border crossing and cut their [the Damascus government’s] supply lines,” said Abu Omar, commander of the Lions of the Sunna Brigade, by phone.

The army post is several kilometers from Syria’s Nassib border crossing which, before Syria’s two-year-old civil war broke out, funneled billions of dollars of trade between Gulf countries, Turkey and Europe.

Syria’s southern provinces bordering Jordan and Israel have become an increasingly significant battleground as the capital comes under pressure, with President Bashar al-Assad’s forces and his loyalist militias hitting back hard.

The intensified fighting has also led to an unprecedented influx of refugees through Jordan’s 370 km (230 mile) border with Syria this year.

Rebels have stepped up fighting for control of the border area and the nearby town of Deraa in the last two months, gaining territory and capturing several bases.

They also have overrun several towns near the Israeli-occupied Golan Heights, increasing tensions in the sensitive military zone.

Only two weeks ago they seized an air defense base near the strategic southern international highway, bolstering access to supply routes to the capital Damascus.

Rebels say their capture of large amounts of weapons, ammunition and vehicles has helped them to maintain an offensive after a long period in which the southern border area was quiet compared to northern and eastern parts of Syria.

“The latest gains have given us more weapons, helping the free army to mount even more attacks on key army positions,” said Abu Salim, from Liwa Tawheed al Janoob brigade.

Jordan has stepped up security and deployed more troops to the border, a Jordanian army source said.

Diplomatic and regional intelligence sources also said Amman was allowing limited supplies of light arms to moderate rebel groups opposed to the Nusra front, an Islamist militant group suspected of links to al Qaida and blacklisted by the United States as a “terrorist group.”