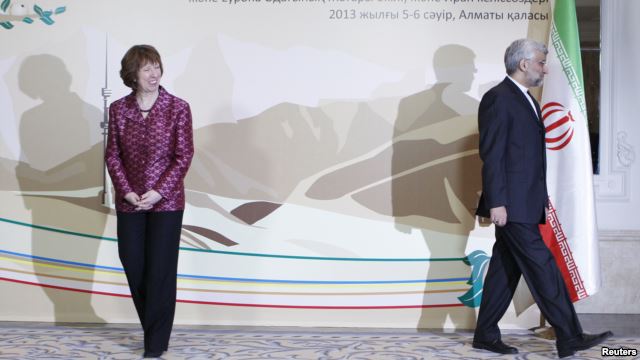 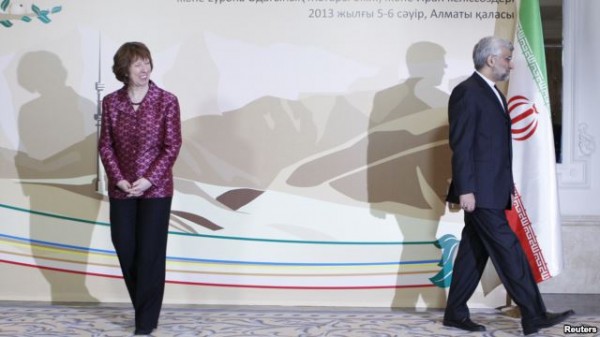 A second and final day of talks is under way in Almaty, Kazakhstan, as delegates from the five permanent members of the U.N. Security Council plus Germany and Iran continued efforts to reach a compromise on Tehran’s controversial nuclear programs.

Iran and the world powers failed to reach any major breakthrough during the first day of talks Friday.

Speaking in Washington, U.S. State Department Spokeswoman Victoria Nuland said that during the opening day of talks in Almaty, Kazakhstan, Iran failed to deliver “a clear and concrete response” to the offer made by the so-called P5+1 group of nations during the last nuclear negotiations in February.

“The talks have been substantive, but we don’t yet have any progress to report,” she said.

Tehran instead repeated proposals it made last year in Moscow during talks that ended without an agreement. Speaking after the first round of talks, Iran’s deputy negotiator, Ali Bagheri, said that his side detailed “specific” items in that proposal.

“The Islamic Republic of Iran this morning proposed a practical method to implement the Moscow plan in a smaller scale,” he said.

The proposals made by the P5+1 group in February included Iran closing a nuclear facility and getting rid of its stockpile of enriched uranium in exchange for permission to trade some products now under international sanctions.

Early on Friday, a spokesman for European Union policy chief Catherine Ashton urged Iran to take a “confidence-building step” and “reassure the international community that it is not interested in and is not producing a military nuclear program.”

The two-day discussions include the five permanent members of the U.N. Security Council, plus Germany and Iran.

The United States and its allies accuse Iran of amassing highly-enriched uranium as part of a covert drive to make nuclear bombs. Tehran insists its nuclear program is peaceful.

A senior U.S. official reiterated Wednesday that President Barack Obama prefers diplomacy, but is leaving “all options” on the table to deal with the situation.