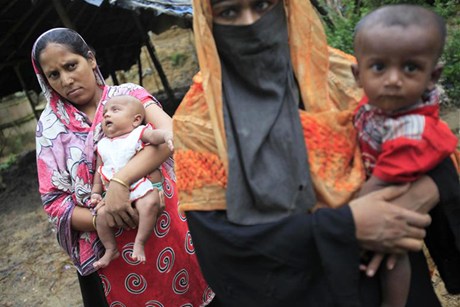 The comment comes as the Human Rights Watch has called on Myanmar’s government to adopt effective measures aimed at putting an end to attacks against the Rohingya Muslims in the Asian country.

In a statement released on Monday, the New York-based human rights group said security forces stood by and allowed deadly violence and arson attacks against Muslims to continue for days. The New York-based rights group then called on Naypyidaw to investigate the issue and bring to justice those responsible for violence in the central city of Meiktila between March 20 and 22.

More than 40 people were killed in the chaos and 12,000 others were driven from their homes in the spate of violence.

Press TV has conducted an interview with political commentator, Mark Mason, in San Francisco to further discuss the issue. What follows is an approximate transcription of the interview.

Press TV Mr. Mason first of all there is a lot of questions now on how involved the Myanmarese government is in the violence?

About 125,000 of them have been driven off of their land; their villages burned; individuals have been murdered by state military troops, rapes, horrible crimes against humanity have been committed against the Rohingya Muslims in South- Western Burma.

And all this connects back in again with gas and oil, natural gas and oil, they’re being driven off of their lands because of the coming state of Burma will be releasing off-shore oil and gas leases next month that will be used for the construction of a Shwe pipeline that will funnel oil and gas from the Bengal offshore Western Burma into Yunnan [province], China providing about six percent of Chinese oil and gas needs.

So here we have people who are effectively very much, the Rohingya Muslims are very much like the Palestinians in the Gaza Strip. They are a stateless people. Burma has refused to acknowledge that they are citizens. They are a stateless people. People who don’t have citizenship. They are driven into slave labor working on roads, railways and pipelines. So this is a horrendous human rights violation here in South Western Burma.