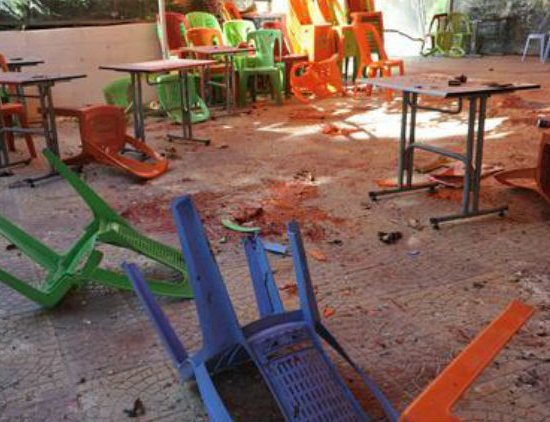 Al-Ikhbariya showed images of doctors pumping the chests of at least two young men and blood splattered on the floor of what appeared to be an outdoor canteen. One young woman was shown walking in a hospital and bleeding heavily from her face.

The college is in Baramkeh, a central Damascus suburb where mortar attacks by rebels fighting to oust President Bashar al-Assad have intensified this week.

The university is surrounded by government buildings, including the Ministry of Defence, the headquarters for state media and the president’s official residence.