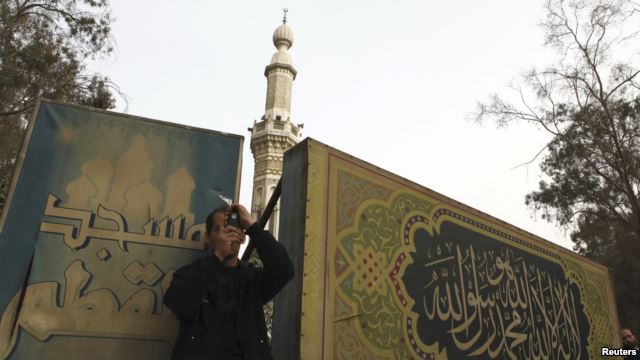 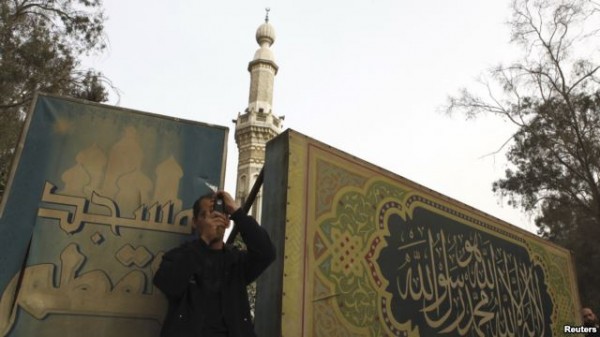 Egypt’s prosecutor general on Monday ordered the arrest of five prominent political activists accused of inciting violence against President Mohamed Morsi’s Muslim Brotherhood, a step the opposition decried as a reversal for democracy.

The move seemed certain to deepen mistrust in an already polarized political landscape, further complicating Morsi’s efforts to build bridges with his opponents before parliamentary polls the opposition has threatened to boycott.

The five were banned from travel while a sixth person was summoned for questioning.

The prosecutor’s office said in a statement that the five had been accused of inciting “aggression against people, the destruction of property and disturbing civil peace” in street battles near the Muslim Brotherhood’s headquarters on Friday.

At least 130 people were hospitalized in the fighting.

The arrest warrants follow a threat on Sunday by Morsi to take steps to protect the nation following the clashes. Mursi said “necessary measures” would be taken against any politicians found to be involved.

Commenting on the news, Pakinam El Sharkawy, an adviser to Morsi, stressed the distinction between “political work and freedom of expression and opinion and violence, thuggery and calling for them”, state media reported.

The two sides traded blame for the latest in a series of violent demonstrations targeting Morsi and the Brotherhood, the Islamist group that propelled him to power in a June election.

“We feel under threat. We feel this [is] a total reversal for democracy and we expect the worst,” said Khaled Dawoud, a spokesman for the National Salvation Front, an alliance of non-Islamist parties that came together last year to oppose Morsi.

The rift between the Brotherhood and its secular-minded opponents has deepened since Morsi was elected president and spasms of street violence have obstructed his efforts to revive an economy battered by unrest.

Morsi’s opponents accuse him and the Brotherhood of seeking to dominate the post-Mubarak era. The Brotherhood has in turn accused the opposition of failing to respect democratic rules.

The arrest warrants followed a formal legal complaint filed to the prosecutor by the Brotherhood on Monday against 169 people, including leaders of political parties, it accused of inciting or carrying out Friday’s violence.

Satisfying the Brotherhood Base

Morsi’s remarks on Sunday were in part seen as a response to anger within the ranks of the Brotherhood, whose offices have been routinely ransacked and torched in recent months.

“The greater issue now for them is how to manage the anger of their base and their members. These members are agitating to fight back,” said Yasser El-Shimy, an analyst with the International Crisis Group. “The leadership has to show its base that there are other routes to combat the attacks,” he said.

April 6, a pro-democracy activist movement, echoed criticism against the prosecutor general. He was appointed late last year by Morsi in disputed circumstances and his removal is one of the opposition’s demands.

“To the prosecutor general – why do arrest warrants only happen when there are clashes at the Brotherhood headquarters?” it wrote on its Facebook page.

Mohamed Abolghar, head of the Egyptian Social Democratic Party, said: “I am really, very worried about political freedom, media freedom – they are in extreme danger.”