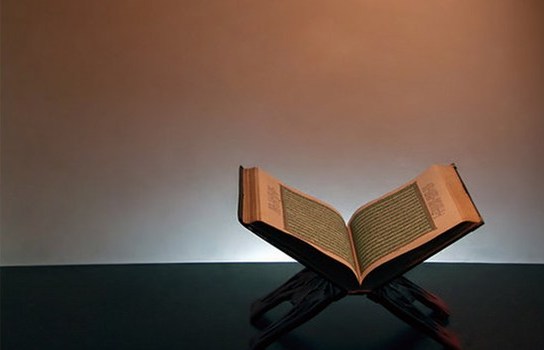 Qari Abdul Basit related an event from the time of Jamal Abdul Nasser, who was once the president of Egypt. Communism was at its height, and once while on tour of the Soviet Union, Nasser was pressured heavily to become a communist and thus spread the doctrine in his country. He was promised that the Soviet Union would make Egypt a technological giant if only Nasser would renounce Islam and introduce Communism as the state religion. Abdul Nasser politely refused and thus ended this particular tour. He reached home but was restless that he had not defended Islam as sufficiently as he should have because he was not knowledgeable enough.

Abdul Nasser was invited to the Soviet Union again after a few years, and so this time he requested Qari Abdul Basit to come to Moscow with him. Abdul Basit was surprised because he had never imagined that he would ever be required in the Soviet Union, a land whose government and people refused to acknowledge Allah.

On this occasion Jamal Abdul Nasser courageously introduced Qari Abdul Basit to the Soviet heads of state, telling them that he would recite the Holy Quran, the Book of Islam. Qari Abdul Basit closed his eyes and started reciting Surah Ta Ha, the same part of the Holy Quran that had made one of the worst enemies of Islam, Hadrat Umar ibn Khattab, bow to Islam.

Qari Abdul Basit opened his eyes and looked up after reciting two rukus, and he saw the miracle of the Holy Quran in front of his eyes. Four to five heads of the Communist Party were in tears. Jamal Abdul Nasser smiled and asked, “Why are you crying?” to which one of them replied, “We don’t know. We haven’t understood a word but there is something in this Quran that has melted our hearts and compelled us to cry. We don’t know what has done this.”

Qari Abdul Basit said that this was an amazing miracle that he saw in front of him. These were people who did not know the Glorious Quran; did not accept the Glorious Quran, and who could not understand the Glorious Quran, yet Allah was affecting their hearts through the recital of the Glorious Quran. Hadhrat Imam Ghulam Habib (ra) used to say that no one makes routes for rivers; rivers make their own routes and ways. The Holy Quran is such a Book that winds its own route of mercy through to the hearts of people, which is why the unbelievers of Makkah and Madinah accepted Islam upon hearing it. This is why the unbelievers used to confer among themselves and advise each other to shout and make noise whenever the Holy Quran would be read, so that they would not be affected.

However, the Holy Quran was sent to win over hearts, and Allah accepts those who live their lives by it. We should try and read the Holy Quran often and act according to its instructions so that Allah makes us successful both in this world and the Hereafter.

Our righteous predecessors received blessings because of their closeness to the Holy Quran. This was the Message that shook Arabia, and wherever the Sahabah turned with this Book, the world was compelled to bow. Those camel and sheepherders who refused to bow to Caesar of Rome became people who changed the destiny of the world. How? They used to act upon the Holy Quran, unlike people who don’t act upon it now. They were true lovers of this Glorious Quran, reading softly or loudly, sometimes crying.

This Book has been sent to enlighten hearts, and if even today people read it with love, Allah will shower blessings upon them. This is a Book of guidance, sent to bring mankind out of darkness and into light. The lovers of the Glorious Quran receive the honor of both this world and the next, like the heights that Allah had awarded the Sahabah.