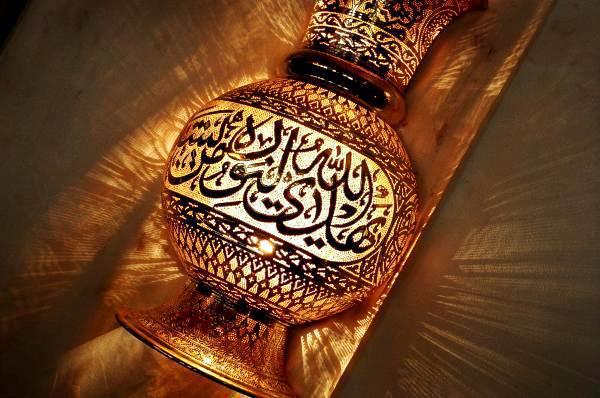 The holy Quran contained general maxims and did not delve deeply into particularities and details nor addressed the branches which stem from these maxims and are subjected to change or development based on differences in customs and passage of time. The holy Quran is an eternal book which is not subjected to error or change and includes theology, doctrines and guidelines to ethical standards and fine manners.

The prophetic Sunnah came to concord with the maxims of the Quran and addressed the intricate details and the specific particularities through clarifying ambiguity, restricting the absolute and specifying the general. Also the Prophetic sunnah offered us juristic rulings that are not found in the textual scripture of the Quran.

As for the first aspect, the Sunnah comes in confirmation to the Quranic text in its rulings such as in prayers, fasting, zakat, pilgrimage, corporeal punishment, personal laws of marriage, divorce, inheritance, etc..

As for the second aspect, the Sunnah comes to clarify the Quranci text and this clarification takes four different forms:

The first form is to detail and break down the comprehensive which means that in the Quranic text there are rulings which are too concise to be understood on its own without further clarification from the Sunnah. For example the Quran mentioned prayers briefly when God says,
“Indeed, prayer has been decreed upon the believers a decree of specified times.” 4:103 And said, “And they who carefully maintain their prayers” 2:39

These verses indicate that God made it obligatory for the believers to perform prayers but did not clarify its timings, rulings, number of units, conditions or any other relevant rulings. For this reason, the Prophetic sunnah came to explain what was mentioned briefly and the Prophet taught the believers all the issues pertinent to prayers and said, “pray in the way you saw me praying”. What we have mentioned regarding prayer could be easily extended to encompass all other forms of worship such as zakat, fasting, pilgrimage as they all were briefly mentioned in the Quran and it was the Prophetic sunnah which detailed these forms of worship.

The second form has to do with restricting the absolute. For example God says in the Quran “As for] the thief, the male and the female, amputate their hands in recompense for what they committed as a deterrent [punishment] from Allah . And Allah is Exalted in Might and Wise”. 5:38

In this verse we find that there is no particular part in the hand was specified for amputation because the term “hand” includes fingers, palm, wrist, elbow and humerus. The Sunnah came to specify the amputated part and restrict it to the palm of only one hand.

The third form is about specifying the general as sometimes the Quranic text would have general terms and the Sunnah would come and specify that generality as the wholesome is not meant but rather some of its members only. For example, God says in the Quran, “Allah instructs you concerning your children: for the male, what is equal to the share of two females.” 4:11

The fourth form is clarifying the problematic terms in the Quran which remain ambiguous unless the Prophetic sunnah clarifies it. For example lady ‘Aisha reported that the Prophet said, “whoever is subjected to judgment is tortured” so lady ‘Aisha said to the Prophet, “didn’t God say, “He will be judged with an easy account” 8:48 so the Prophet clarified the term and said, “ this is when all people are in the presence of God and who his account is discussed by God, is tormented”.

This means that not every general ruling in the Quran is subject to specifying and not every absolute ruling needs restricting and not every comprehensive meaning needs detailing. As a matter of fact a lot of the general rulings in the Quran remain in its generality because they are meant to be general and same goes for the absolute rulings in the Quran which remain absolute because this is the way it was meant to be. Only when the absolute needs to be restricted or the general need to be specified, the sunnah comes and clarify the matter for us.

The third aspect of the Prophetic sunnah is to act as an independent source of legislation without any prior reference to these rulings in the Quranic text. For example, the Sunnah was the independent source for legislating zakat al Fitr and its rulings. Also the prohibition of marrying both the woman and its paternal or maternal aunt at the same time as the Quran only prohibited marrying two sisters simultaneously.

The Quran has prohibited eating swine, dead animals, shed blood..etc and the sunnah added to this list every bird which has claws and beasts with prey and permitted eating the meat of zebras. These are only some of the rulings which the Sunnah legislated independently and many other examples exist. This means that when the Sunnah acts as an independent source of legislation, this does not mean the Prophet is the legislator. It is well established that the only legislator is God whether the legislation was initiated in the Quran or in the Sunnah.