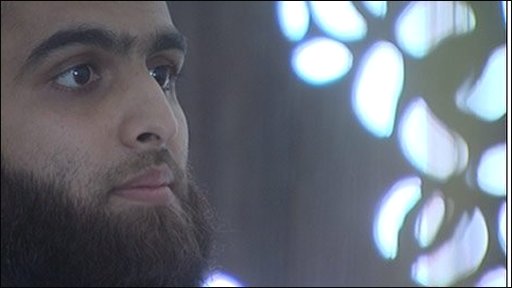 Islam is described as the fastest growing religion in the U.S. There are various factors that contribute to this phenomenon, including immigrants arriving in recent decades from Muslim countries, including India, Pakistan, and in the Middle East. In addition, many individuals convert to Islam. This is particularly true among African Americans and more recently, Latinos.

Why is conversion so prevalent among these groups? The answer to this question is complicated and involves ideological factors, such as attraction to Islam’s message of peace and social justice. Some are attracted by the cultural links among Islam, Africa, and Moorish Spain. Still others embrace the faith as a way of distancing themselves from Christianity. But what facilitates their conversion, practically?

Two important but often overlooked factors are prisons and hip-hop music, which are deeply interconnected. In fact, hip-hop culture’s very birth in the U.S. coincided with an incarceration explosion in the 1970s. The harsh impacts of imprisonment would become an ever-present menace to the hip hop generation, which felt the first-hand effects of losing friends and family to the “belly of the beast.” Imprisonment would go on to become a multi-billion dollar industry with two million inmates and counting, at roughly the same time hip hop grew into a multi-billion dollar industry of its own.

Prisons would also become major centers for Islamic outreach. Today, prison officials, prison chaplains and scholars claim that Islam is the fastest growing religion behind bars. Although there are no reliable statistics, estimates suggest that 35,000-40,000 inmates convert to Islam each year, and nationwide, it is estimated that 15 percent of the U.S. prison population is Muslim, or as much as 350,000 current Muslim inmates.

Islam’s growth in prison is matched only by its influence on hip-hop culture. For many young Americans, hip-hop leads to their first encounter with Islam. Although listeners are not always aware of the religious underpinnings, hip-hop music has brought Islamic artists, themes and symbols to the center of American pop culture. Groups identifying with Islam include classical heavyweights like Afrika Bambaataa, Public Enemy and Rakim, and include more modern acts like WuTang Clan, Erykah Badu, Busta Rhymes and Mos Def.

But this just scratches the surface.

Hip-hop’s influence among prisoners is noteworthy, and for some who turn to Islam in prison, a foundation for conversion was likely set long before they stepped through the prison gates. For decades, musical motifs involving Islam, both doctrinal and heterodox, have been setting the table and providing a cultural context for conversion.

In hip-hop music, the prison has been and remains a focus of resistance. Early on, the horrors of imprisonment were brought to life by Grandmaster Flash & the Furious Five’s “The Message,” a song that tells of a young man’s prison experience that leads to rape, sex slavery and his own suicide-hanging. Later, the cover of Public Enemy’s 1988 album, It Takes a Nation of Millions to Hold Us Back, would make a critical statement by depicting rappers Chuck D. and Flavor Flav behind bars.

Hip-hop lyrics illustrate a deep consciousness of prisons. In some songs, there are shout-outs to incarcerated Muslims and words of encouragement, as in Brother Ali’s “Shadows on the Sun”: “Tell my man Hasim in prison keep grinnin’ because he’s innocent, and tell him that the tests we get are heaven-sent.” At other times, an entire song or album can revolve around prison themes, as in No More Prisons Volume I and its sequel, Volume II, which each features a roster of Muslim rappers. Sometimes the lyrics take radical tones like DJ Krush & Company Flow’s Vision of Art: “Unsheathe the jihad blade and become animalistic, authority walks the plank, that’s implicit, the shambles of the gifted, dismantled and imprisoned.”

Prisons and hip-hop music contribute to Islam’s status as the fastest growing religion in the country. In prison, Islam continues to attract a vibrant following and prisons have made the African-American male convert a staple of African Americana, from Malcolm X to H. Rap Brown to Mike Tyson. Likewise, hip hop music has been fertilizer for the greening of America, comparable to reggae music’s role in propagating the Rastafarian faith. Often described as the “official religion” of hip-hop, Islam continues to influence the music, which shows no signs of diminishing anytime soon.