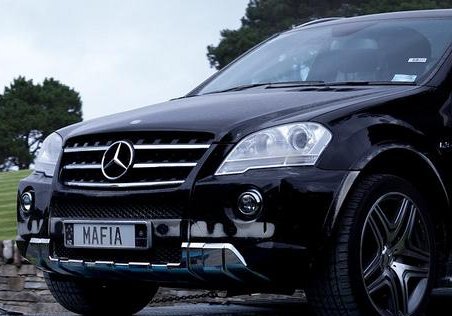 Abu Hurairah relates that the Apostle of God (peace and blessings of Allah be upon him) said:

“You should never be envious of an evil-doer because of some advantage or prosperity. You do not know what suffering he is going to endure after death. With Allah [i.e., in the Hereafter] there is a destroyer for him that will never perish.” [The narrator, Abdullah bin Abi Mariam, says that] “by ‘destroyer’ the Prophet meant the Fire of Hell [i.e., the evil-doer is going to dwell in Hell forever].” -Baghwi

Concerning this statement of the Prophet the noted scholar, Shaykh Muhammad Manzoor Nomani (Allah grant him mercy), has said:

Often when a truthful Believer, who is spending his days in pain and poverty, sees some wicked and godless persons surrounded with comforts and luxuries, the Devil puts various doubts into his heart, or, at least, he begins to feel envious of his happy circumstances. But such feelings are the height of ingratitude to God.

The Prophet (peace and blessings of Allah be upon him), in this hadith, has warned that no believing person should grudge the short-lived happiness and prosperity of those who are devoid of the blessings of Faith and righteousness because, after all, they are going to undergo the torment of Fire in the Hereafter.

If the bitter end which is awaiting those unfortunate men is taken into account, the material comfort and physical pleasures they are enjoying will appear to be no better than the special consideration that is shown in those who are sentenced to death a few days before their execution. This, exactly, is the nature of the prosperity and bodily enjoyment of the rebels against God in the sight of the bondmen who are blessed with faith in the reality of the Hereafter, as related by the Apostles.

They do not view with envy their wealth and comfort but are thankful to God that by endowing them with Faith He has saved them from the frightful chastisement that is in store for the impudent slaves of the flesh.

The humble writer has known faithful bondmen who, on seeing godless men of the world, spontaneously recited the prayer of gratitude and thankfulness to the Lord the sacred Prophet (peace and blessings of Allah be upon him) used to say when he saw anyone in distress: “Praise be to the Lord who saved me from that with which He hath afflicted thee, and made me better than many of His creatures.”