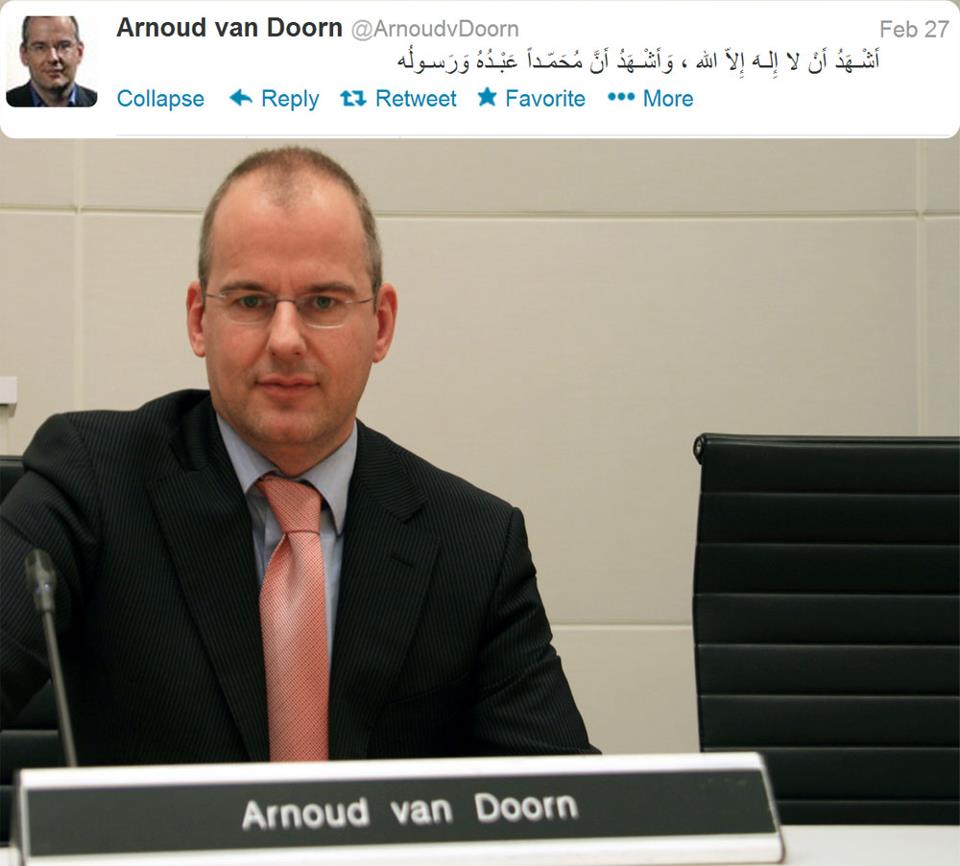 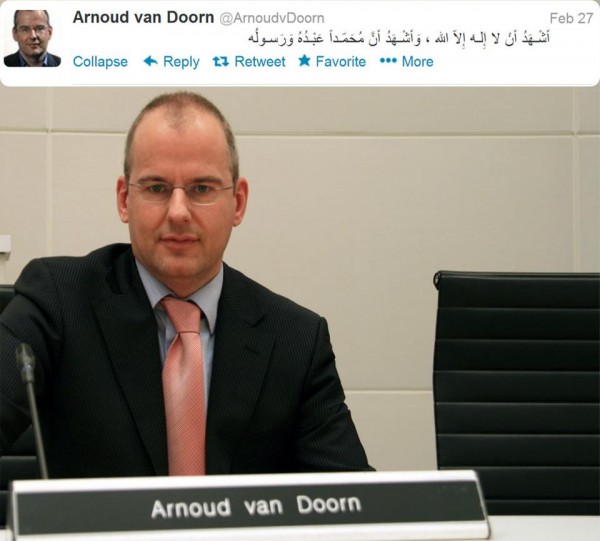 AMSTERDAM – A leading member in far-right Dutch politician Geert Wilders’ party has reverted to Islam after an extensive study about the Islamic religion and Muslims.

“I can understand people are skeptic, especially that it is unexpected for many of them,” Arnoud Van Doorn told Al-Jazeera English satellite channel.

“This is a very big decision, which I have not taken lightly.”

The news about Doorn’s reversion first came to the surface last month when he tweeted “new beginning”.

He later posted a tweet in Arab pronouncing the Shahadah (proclamation of faith).

The politician later announced that he reverted to Islam, giving no more information about the reasons behind the decision.

“In my own close circle people have known that I have been actively researching the Qur’an, Hadith, Sunnah and other writings for almost a year now,” he said.

“In addition, I have had numerous conversations with Muslims about the religion.”

Driven by his party’s anti-Islam discourse, Doorn decided to dig in for the truth about the religion himself.

“I have heard so many negative stories about Islam, but I am not a person who follows opinions of others without doing my own research,” he said.

“Therefore, I have actually started to deepen my knowledge of the Islam out of curiosity.

“My colleague Aboe Khoulani from the City Council in The Hague has brought me further into contact with the as-Soennah mosque, which has guided me even further.”

A member of the Dutch parliament and The Hague city council, Doorn’s name has long been associated with Wilders’ anti-Islam, far-right PVV party.

A member of the Dutch parliament and The Hague city council, Doorn’s name has long been associated with anti-Islam rhetoric by Wilders’ PVV party.

Wilders himself is known for his rants against Islam, Muslims and the Noble Qur’an.

Doorn’s decision to embrace Islam has won mixed reactions in the Netherlands.

“According to some people I am a traitor, but according to most others I have actually made a very good decision,” he told Aljazeera.

“The reactions are generally positive and I also received quite some support via twitter.

“It feels good that people who do not know me personally have understanding of my situation and support me in my choice.”

For the Dutch politician, finding Islam was finally guiding him to the true path in his life.

“I have made mistakes in life as many others. From these mistakes I have learned a lot,” Doorn said.

“And by my conversion to Islam I have the feeling that I finally found my path.

“I realize that this is a new start and that I still have much to learn as well.”

Departing from his earlier life as a PVV member, Doorn expects much resistance in his political life.

“The expectation is that I will continue to face much resistance, also from certain government institutions,” he said.

“I have all faith in Allah to support me and to guide me through these moments.”