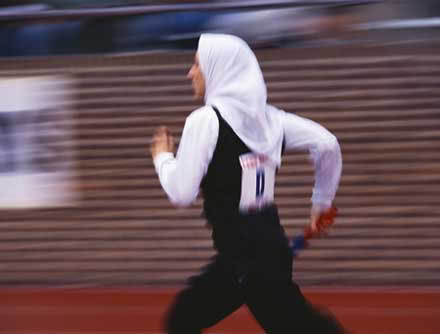 When I decided to get my spiritual routine on track more than two years ago, I did it in 40 days.

Drawing from the example of an acquaintance who was following a Sufi-inspired programme for attaining consistency in prayers, I decided that I wouldn’t miss any of the five daily prayers ordained by Islam for 40 days, or about six weeks. I wrote the start date on my BlackBerry’s digital calendar, and kept virtual track of my progress each day.

Under the challenge described to me by this individual, if you miss a prayer –because, for instance, you slept through the alarm and missed the pre-dawn prayer known as fajr, or the mid-afternoon asr prayer passed you by because of a long drawn-out business meeting – you have to start back at zero.

I was determined not to let that happen since, to my surprise, the prayers weren’t as tedious as I’d always imagined them to be. They were, rather, a much-welcomed, regularly timed respite from whatever pressures the day had in store for me. I was told that once one completed the 40 days, with the right intention, s/he would never willingly miss a prayer again.

Whoever devised that programme was perfectly right because, give or take a few days of sleeping through my alarm, I haven’t allowed a prayer to pass me by since June 2010, when I started the 40-day spiritual drill.

It’s difficult to describe just how, but reaching the milestone elevated me to a higher stage of spiritual understanding of my obligations toward our Creator. Life began to revolve around my prayer schedule, rather than a previous strategy of squeezing them in here and there when possible. I am now able to detach from even the most hectic of schedules for quiet prayers like clockwork every day.

During the 40-day prayer course, I read the Quran for the first time and recall being struck when I came upon a passage that described how Prophet Moses, peace be upon him, received the 10 commandments during a 40-day retreat on Mount Sinai.

That sparked my curiosity about the significance of 40-day spiritual workouts in the history of our faith. Prophet Jesus, peace be upon him, too fasted for forty days and nights in the Judean Desert. The Last Prophet, Muhammad, may the peace and blessings of God be upon him, spent the same amount of time meditating in a cave on Mount Hira when he received, at the age of 40, his first Quranic revelation.

We sometimes gloss over traditions described in the Abrahamic faiths because we deem them as inapplicable to our modern-day lives. It’s only when we delve into them with an open heart that we capture the timelessness of the examples and lessons etched in the great texts that God has inspired for humanity, including the Bible and Quran.

Since I embraced Islam, a state of mind where an individual lives in complete devotion to God, I’ve come back to the 40-day course several times. It’s the method I used to introduce the optional sunnah prayers to my daily routine and to make a habit of incorporating various supplications for remembrance of God into my morning and evening schedule.

If you’re looking for that push of motivation to get your spiritual routine on track, devoting 40 days to the action you’d like to perform is likely to give you the inspiration and encouragement you’re searching for.