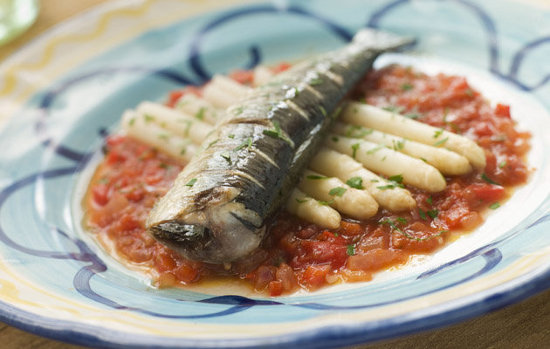 A new five-year study of the so-called Mediterranean diet shows that olive oil, nuts, beans, fish, white meat, fruits, vegetables and a glass of wine each day are the ingredients for a healthy heart (MV Editor: If you are Muslim, replace wine with a non alcoholic alternative).

The large and rigorously managed experiment found this diet could prevent about 30 percent of heart attacks, strokes and deaths from heart disease.

Researchers from the University of Barcelona worked with nearly 7,500 adults in Spain who did not have heart disease but were smokers, were overweight or had diabetes or other risk factors for cardiovascular disease. They were randomly assigned to either a low-fat diet or the Mediterranean style diet.

Those in the first group had difficulty staying on their plan. So the study wound up comparing the common modern diet, with regular consumption of red meat, sugary drinks and commercial baked goods, with a diet that avoided those foods.

Researchers say they ended the study early because the results, detailed on The New England Journal of Medicine Web site, were so dramatic.

Some experts have criticized their conclusions, pointing out that subjects on the Mediterranean diet still had heart attacks and strokes, and noting that olive oil and nuts are so high in fat and calories that consuming too much of them could lead to other health problems. But heart disease experts praised the study, saying it confirms how important diet is in reducing heart disease risk.