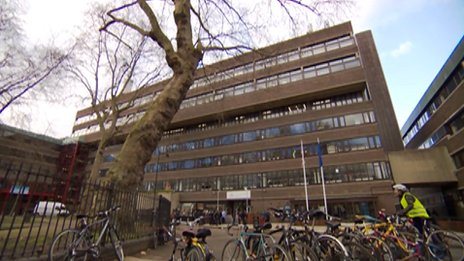 City University in London has been accused of discrimination by a group of Muslim students after it started locking a room used for Friday prayers.

A group of students have formed Muslim Voices on Campus, calling on the university to reverse its decision.

The group said it was being “unjustly targeted”.

City said it acted because students had refused to submit the proposed content of sermons to the university before prayers to check its “appropriateness”.

Wasif Sheikh, who leads the group, said: “We feel we are being unjustly targeted. All of our sermons are open, we welcome all students and all staff.

“But when you start submitting your sermons to be monitored and scrutinized then there’s a chance for it to be dictated what’s allowed and what’s not allowed. We, as students, don’t accept that.”

Three years ago, the counter-extremism think tank the Quilliam Foundation released a report on the sermons at Friday prayers at City University, in central London.

It claimed hardline views and a confrontational atmosphere were being encouraged.

In one sermon, which was recorded, the speaker said: “The Islamic state teaches to cut the hand of the thief. Yes it does. And it also teaches us to stone the adulterer.

“When they tell us that, the Islamic state tells us and teaches us to kill the apostate, yes it does.”

BBC London has seen no evidence those views are still being spread now, but some argue the episode shows the need for greater scrutiny.

Dr Usama Hasan from the Quilliam Foundation said: “If there was no past history at the university, I think what the students are saying would sound extremely reasonable.

“However, there has been quite a vicious and nasty history there. They have to deal with that and give a bit more to the university.

“Both sides need to compromise here and negotiate with some difficult conversations.”

The challenge faced by many universities is how to deal with any potential extremism threat, without being seen to restrict freedom of speech.

A statement from the university said it needed to be sure of the “appropriateness” of what was being discussed in sermons as authorized university events.

It said it also needed to be assured that all “students eligible to deliver” prayers and sermons “are considered equally and given the opportunity to do so”.

The statement went on: “The university could not continue to condone an activity taking place on its premises where it cannot exercise reasonable supervision.”

In addition, the university said it had suggested a number of alternative places for students to pray nearby.