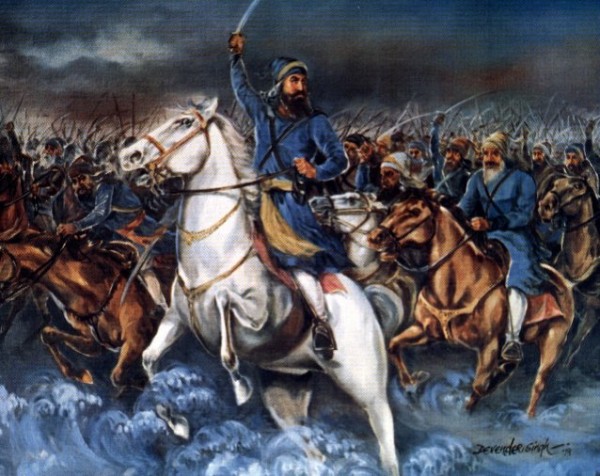 A new book, “Return of a King: The Battle for Afghanistan 1839-1842,” draws on Afghanistan’s violent history to provide lessons for its future.

RFE/RL: Can you tell us about your recently published book, “Return of a King”?

William Dalrymple: “The Return of a King” is about the first British assault on Afghanistan. In 1839, 18,000 East India Company and British troops marched through the Bolan and Khojak passes and conquered Afghanistan and [placed] on the throne Shah Shuja-ul Mulk, the grandson of Ahmad Shah Durrani — the first ruler of the first Afghan Empire — and threw out Dost Mohammad Khan, who the British were worried was flirting with tsarist Russia.

RFE/RL: What essentially is the story of the First Anglo-Afghan War — how did it start, what were its main events, and who won in the end?

Dalrymple: The story in a nutshell is that 18,000 troops march into Afghanistan. They install the puppet king, Shah Shuja, on the throne. An insurgency breaks out a year and a half later, and the British are catastrophically defeated. They are completely unprepared for the insurgency which breaks out. They are quickly surrounded. Their two leaders are killed. They surrender and they are promised safe passage back to India. In that retreat, 18,000 men, women, and children march out of the Kabul cantonment. Only one single survivor makes it through to the Jalalabad cantonment, Dr. [William] Brydon.

RFE/RL: How do the Afghans remember the First Anglo-Afghan War?

Dalrymple: Well, for the Afghans, this is a great national liberation struggle. What the Battle of Britain or Waterloo or Trafalgar is to the British or what the Easter Rising is to the Irish or what Gandhi and the freedom struggle is to the Indians, this is to the Afghans. This is their great supreme triumph because they take on the British at the very peak of the British [Empire]. And for the Afghans it is a miraculous [event] and to this day the diplomatic area in Kabul is called Wazir Akbar Khan after the main Barakzai leader [of the uprising against the British].

RFE/RL: What is your take on modern perceptions of Afghanistan after researching a war that took place 160 years ago?

Dalrymple: Just like a modern ignorant Fox News commentator in Afghanistan thinks that anyone who resists the Americans is a Taliban, thinks that he is a bigot or a fanatic, so the British at this period are apt to just see masses of bearded Afghans fighting them and assume that they are all religious fanatics.

But the Afghan sources allow you to go beyond that and allow you to understand individual motives, individual reasons, for taking up arms. And like a good reporter today who can give complexity to anything that happens, a good journalist working in Afghanistan today will be able to explain the motivations of every side.

RFE/RL: How relevant are the lessons of the First Anglo-Afghan War to the situation today?

Dalrymple: Well the most obvious lesson is that you will occupy and invade Afghanistan at your peril. It famously is a place which defends its independence very resolutely. It is also a place which is very expensive to occupy, and I think this is an underrated factor.

Everyone knows that the Afghans are fierce fighters. I think few people have taken in that each successive occupation of Afghanistan is undone ultimately by the cost. It’s not that the Afghans can’t be defeated — they can be if you throw enough military might and money at it. But to do so you have to throw in thousands of troops. You have to garrison every valley. You have to supply the troops in every remote valley that you have a garrison there.

It’s an expensive business. It broke the back of the East India Company. It breaks the back of the Soviets in 1970s and 1980s; their economy was wrecked by their invasion of Afghanistan. And finally, it has broken the back of the American balance of payments. Americans have lost a fortune in Afghanistan for very little gain.

RFE/RL: How relevant are the lessons of the First Anglo-Afghan War for Afghanistan’s future, as another great power prepares to leave the country?

Dalrymple: One thing to state clearly is that Afghanistan is a difficult place to rule — for anyone to rule. There are many different [ethnic] groups. The geography does not lend itself to centralized government based on one place. And there have been very few periods in history when Afghanistan has been successfully centralized and ruled from a strong center. In general, Afghanistan has been fractured, decentralized, and, as the Pashtun saying goes, “Every Afghan is a khan” — is a king.

I think the most likely outcome of the next few years is again a period of decentralization — when Kabul will [cease] to be as central to the affairs of Afghans on the periphery as it is today. And I fear we are in for another period of bloodshed and decentralization. And possibly warlordism again. I don’t think many people are very optimistic about the future.