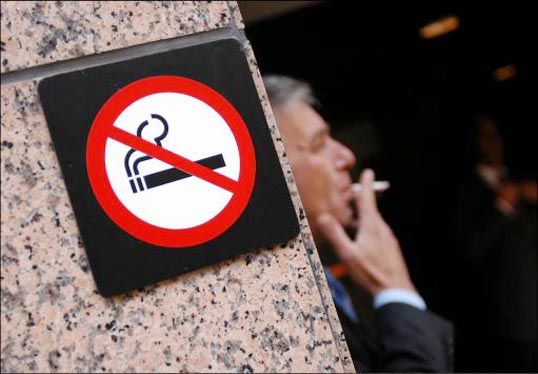 The first scientific study to look at the role of cigarette smoke in the development of Alzheimer’s disease finds it may trigger or worsen the condition in older people who are at risk for this most common form of senile dementia.

Alzheimer’s disease is usually a condition of old age. Experts say people who live long enough – generally into their 70s, 80s and 90s — are at significantly increased risk of developing the neurodegenerative disease, which not only robs people of their memories but also of their mobility. Alzheimer’s is incurable and leads eventually to death.

Now, a new study suggests cigarette smoking may trigger or hasten the development of dementia. The research only involved mice, but the findings offer human tobacco smokers another compelling reason to kick the habit.

Claudio Soto is a professor of neurology at the University of Texas Health Science Center at Houston Medical School. Working with transgenic mice bred to develop a human version of Alzheimer’s, he and his colleagues exposed one group to second-hand smoke, as if they were non-smokers inhaling the smoke of others. Another group of rodents was exposed to a cloud of smoke inhaled by light smokers, an amount equivalent to one or two cigarettes per day.

The results, says Soto, were compared to transgenic mice that were not exposed to any cigarette smoke.

“We found that animals that were exposed to cigarette smoke have much more severe and early manifestations of Alzheimer’s disease damage in the brain,” he said.

In a future experiment, Soto plans to study the effects of greater amounts of smoke on rodents’ brains.

Researchers say the plaques and tangles found in the mice are similar to those telltale signs found when the brains of human Alzheimer’s patients are autopsied.

Soto says most cases of Alzheimer’s in humans are sporadic, meaning there is no genetic defect that causes the disease. But aging increases risk, he says, especially if people are exposed to environmental risk factors such as cigarette smoke.

For that reason, Soto says it’s possible that smokers who kick the habit have a good chance of preventing the neurodegenerative disorder.

“Based on our observations and the epidemiological studies, I would think quitting smoking would reduce the risk of Alzheimer’s disease,” he said.

Soto and colleagues describe the link between cigarette smoke and Alzheimer’s disease in the journal Nature Communications.