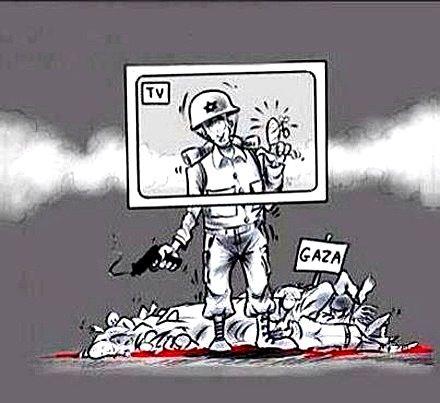 The case of Australian and Israeli citizen Ben Zygier and his alleged suicide in an Israeli jail in December 2010 provides an instructive window into the secretive relationship between Canberra and Tel Aviv as well as the dynamics between the Zionist state and friendly Western nations. The death of the former IDF soldier and Mossad agent has triggered a global media storm after last week’s ABC TV’s Foreign Correspondent story revealed the identity of Prisoner X.

But what makes this international intrigue all the more fascinating is not what most of the commentary is obsessing over — the details of Zygier’s life and how he ended up in a high security prison — but the ways in which young Jews are groomed by an Israeli intelligence service to commit acts of terrorism and subterfuge across the world under the guise of protecting national security. It is done with the consent of Western governments and intelligence services, including Australia’s.

New Matilda spoke to a former senior Australian ambassador who says that ASIO andASIS work hand in glove with the Israeli government, including the assistance of grooming potential spies on Australian soil at universities such as Monash in Melbourne and military academies like Duntroon. Australia long ago outsourced much of its military and intelligence, as well as foreign affairs sovereignty, to Israel and America. “There’s little we [Australia] would not do to please them”, my source says.

The Zygier case has forced Israel’s repressive censorship over national security laws to weaken — it was amusing witnessing Israeli journalists tweeting information about Prisoner X during the broadcast of Foreign Correspondent despite there then being an Israeli gag order on the case — so it’s unsurprising that Israel is so keen to keep details of the story secret. Israeli Prime Minister Benjamin Netanyahu said on Sunday that he doesn’t believe there should be any sunlight on the actions of his country’s intelligence services in the wake of the Zygier case getting wide coverage.

After all, Zygier was a Mossad agent who may well have been involved, directly or indirectly, in the murder of a Hamas operative, Mahmoud Al-Mabhouh, in Dubai, the murder of Iranian nuclear scientists in Iran or the recruitment of members of the Sunni terrorist organisation Jundallah, infamous for attacks inside Iran. All these acts are breaches of international law and none are condemned by the Zionist lobby or leading politicians. What the Jewish community worries about is the wider society regarding Jews as disloyal to Australia.

New Matilda spoke to a senior Israeli defence correspondent who said that he knew about the identity of Ben Zygier in 2010 at the time of his death but was unable to report it because of the Israeli gag order. He said he thought the Australian and Israeli citizen wasn’t a bad man but simply found himself in above his head. He faulted Israel trying to keep the story secret for so long and believed that the virtual silence of the Australian Jewish community was due to embarrassment and ignorance of the case. Their response may have been co-ordinated with the Israeli embassy. They believed, he argued, that by speaking out they may shine an unwelcome light on Israel, something that goes against their DNA.

Although Israel denies that it tortured Zygier while in custody, it’s clear that international norms were breached during his incarceration due to a lack of legal representation and conditions inside jail. News Limited’s Andrew Bolt argues that critics of Israel always look for the worst in the Zionist state, but Israel is doing a fine job on its own. It’s possible, according to an Israeli journalist, that Australia put Zygier’s life at risk by leaking information about his work with Mossad to the media.

The ignorance about this case expressed by former Prime Minister Kevin Rudd and Foreign Minister Bob Carr stretches credibility because Israeli and Australian intelligence agencies likely knew all about the actions of Zygier before his death. Furthermore, Australia offered a muted response to the illegal Israeli use of forged passports in 2010 for the purpose of murdering Mahmoud Al-Mabhouh; Israel barely received a rap on the knuckles. Deputy Opposition foreign affairs spokesperson Julie Bishop simply said that Australia also forged passports so Israel was not alone in acting illegally.

It is worth considering the reaction of New Zealand to a similar passport forging incident back in 2004, which led to diplomatic sanctions against Israel. New Zealand’s then Foreign Minister Phil Goff said last week that he was “contacted by the Israeli government at the time asking whether we could reach an arrangement over it”. He wouldn’t budge.

“No go. These people have committed criminal offences in our country and they’ll be treated just like anybody else who commits a criminal offence and that we did not appreciate another country seeking passports to misuse for purposes that frankly are unacceptable which is the assassination of people for their own political purposes.” It is unimaginable that any senior politician in Australia would speak like Goff: “We’re not prepared to see friendly countries act in that sort of criminal way against us.”

The details around Zygier’s life and death remains murky. New Matilda has been told, by somebody who knows the Zygier family well, that two Mossad agents with an Australian connection spoke at his funeral in Melbourne and they said how sad it was that Zygier had “lost his spirit” towards the end of his life. No other information about the funeral is forthcoming.

The complicity of silence around Zygier’s actions within the Zionist establishment — witness the “see no evil, hear no evil” stonewalling by Philip Chester, President of the Zionist Council of Australia, on ABC Radio National Breakfast last Friday — is symptomatic of a mainstream Australian, Jewish community that encourages and facilitates young Jews to visit Israel and idealise its identity. Palestinians are largely absent in this worldview. The occupation is virtually non-existent. Iran, Hamas and Hizbollah are the new Nazis. Building a ghettoised, Zionist state, after centuries of Jews often living in isolation across the world, is an irony lost on far too many people.

What the Zionist lobby and its political and media courtiers don’t want to discuss is their complicity in this affair. They all believe that young Jews have the right to move, fight or spy for Israel, including during wars against Lebanon and Gaza, while Muslims who want to join their brethren in Syria, Lebanon or Palestine are labelled terrorists for doing the same thing.

From a young age, the Zionist schooling system and its associated entities indoctrinate Jews to slavishly back Israel and demonise Arabs. Blindly supporting Israel may seem like a good idea to them but in reality has created a monster from which the insecure Jewish community is unlikely to recover any time soon; growing numbers of young Jews are disillusioned with an occupying Israel and no longer tolerate an Israel lobby that acts as propagandists for Zionism. The death or murder of Ben Zygier should be a wake-up call to Australian Jewry that even its own can be treated shabbily by Israel.

Throughout this whole scandal, the reality of illegally imprisoned Palestinian prisoners in Israeli jails, countless people without a recognizable face in the international media, is ignored. Israeli state-sanctioned racism against Palestinians is conveniently forgotten when talking about a fresh-faced man from an establishment, Zionist home in Melbourne.

After yet another Zionist brutality emerges in the press, the public image of Israel will take another necessary hit. Once the Zygier story disappears from the headlines, the occupation of Palestinian land will continue and deepen. The Oscar-nominated documentary, The Gatekeepers, interviews six former Shin Bet heads, Israel’s internal security agency, about their work and views on Israel’s future. They’re pessimistic and argue from deep knowledge that an Israeli police state exists in the West Bank.

No amount of covert missions from the likes of Ben Zygier will hide this damning reality.