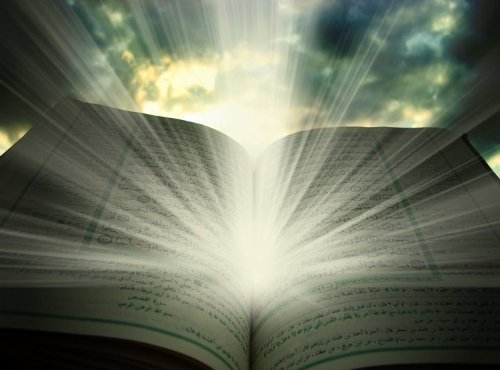 God’s laws in general and the laws of change in particular are characterized with what we can call “neutrality” as it pays no difference to ethnicity, race, color, religion or affiliation. Unless the elements of progress and development are provided by people, they are doomed to fall into backwardness. In other words God’s laws of change do not side with anyone on the expense of the other and does not favor except those who abide by its laws.

The Quranic facts regarding the laws of change

God explicitly stated in the Quran the laws of change in two verses, the first of which reads “ Whosoever does righteous good deed it is for (the benefit of) his ownself, and whosoever does evil, it is against his ownself, and your Lord is not at all unjust to (His) slaves.”(41:46) and the other verse is “That is so because Allah will never change a grace which He has bestowed on a people until they change what is in their ownselves. And verily, Allah is All-Hearer, All-Knower” (8:53)

These two verses indicate that there are two types of change:

The first type of change comes from people as they change themselves whereas the second type comes from God as He in turn changes their state either to goodness and blessings in response to people’s purification of their hearts or God can change their state to misery and calamity in response to people indulging in sins and disbelief. Imam al Razi said in his exegesis that all the scholars of Quranic exegesis indicate that God does not turn blessings and goodness to revenge and calamity except through people’s corruption and transgression. Similarly God changes their state to goodness if they turned back to righteousness and abandoned mischief.

Social change is a direct result of psychological change:

The meaning of change in the previous verses refer to changing selves and not material change as some modern theories suggested such as Marxism which believed that society changes based on economic circumstances. A lot of materialists conceded to this opinion as they thought that the apparent change of societies occur based on material reasons. As a matter of fact, reality rejects the theory of materialism altogether as most acts of corruption, criminality, injustice and transgression occur in these materially rich societies.

Therefore the true essence of change in people’s lives is centralized around their relationship with God with whose power all changes occur. Changing selves is the real change upon which the Quran stated “Indeed he succeeds who purifies his ownself (i.e. obeys and performs all that Allah ordered, by following the true Faith of Islamic Monotheism and by doing righteous good deeds). And indeed he fails who corrupts his ownself (i.e. disobeys what Allah has ordered by rejecting the true Faith of Islamic Monotheism or by following polytheism, etc. or by doing every kind of evil wicked deeds) (91: 9-10). Thus the real change has to do with purifying one’s self which confirms that the real social change comes from a psychological transformation.

The two Quranic verses which discussed the issue of change indicated that what really counts is communal and collective change as changes of individuals or small groups of people do not mount to nation change. Changing of individuals or small groups of people through purifying themselves only results in a limited effect in their social surrounding but not a nation wide change. Therefore, God says in the Quran, “That is so because Allah will never change a grace which He has bestowed on a people until they change what is in their ownselves” and did not say a group or one individual. The prophetic evidence that individual change does not help much in causing real change in God’s laws is reported through Zaynab bint Jahsh when she asked Prophet Muhammad (peace be upon him) saying “O Messenger of God, would calamities befall us when righteous people are among us? and the Prophet replied “yes if maliciousness were spread”.

This means that the presence of good and righteous people in a corruptive society does not prevent calamities to befall. Calamities in this regard does not mean total annihilation, extinction or destruction as calamities can occur in a multiple of forms: severe shortage in the nation’s essential needs, falling into occupation and enslavement of others which leads to the dissolving of the essence of the nation’s self identity, or the continuous divisions and disputes among the citizens who share the same country and culture.
Therefore the effective nation wide change for building a great civilization needs a solid base of religion and ethics.

Ibn Khaldun stated that “Rulership for Arabs do not occur except through obtaining a religious influence through prophethood, or spiritual heirs or the like”. The most influential support that religion provides for rulership is preserving the paradigm of ethics and values intact and this paradigm is inherited from one generation to another even with the existence of religious differences among people who belong to the same nation because there are no disputes over the existing commonalities among all religions in terms of worshipping God, abiding by morals and ethical conduct and preserving the human’s dignity.

National change requires some conditions which need to be fulfilled for this change to bear fruits:

The second condition is seeking to change through wisdom and good manners as God says “Invite (mankind, O Muhammad) to the Way of your Lord (i.e. Islam) with wisdom and fair preaching, and argue with them in a way that is better” (16:125). These different ways of seeking change depends on the addressed audience as some people are responsive to wisdom and others to good advice and others require engagement in debates with good manners for them to get convinced.

God says, “That is so because Allah will never change a grace which He has bestowed on a people until they change what is in their ownselves”
This means that God does not take away the blessings He bestowed on a certain nation unless they turn their good qualities to corruptible deeds. God’s blessings and beneficence on nations are always based on ethical conducts, righteous beliefs and good deeds and once these elements change, God’s change of their state follow suit.

God’s laws of change are effective in changing our reality which is characterized with lack of technological advancement and civilizational progress. History proves that the only way to change our reality is for the nation to resort back to its religion with which it started its Islamic civilizational progress. We are in a dire need to use our intellect and regain back the methodology of thinking which is based on causality and adopting means for positive nation wide changes through exploring the means of progress and development. It is about time to realize that our only opportunity for brighter future is through abiding by God’s laws of change and the social laws of changing nations and reaching civilizational progress.

There would be no exaggeration if I said that intellectually based thinking and following God’s laws of change are essential tools to liberate the Muslim minds from the culture of imitation and looking at the past for guidance in a way that is deemed totally irrelevant as it does not correspond to our lived reality.