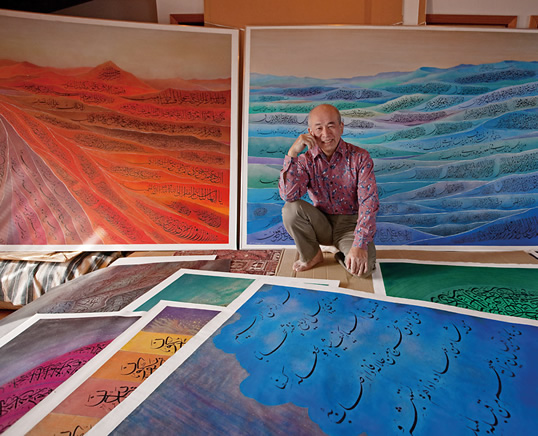 Fuad Koichi Honda, a native of Japan, is known round the world as one of the world’s top contemporary Arabic calligraphers. His works show a level of artistic perfection that has taken him decades to achieve.

He has won many awards for his work, including the International Arabic Calligraphy Contest. His most famous works of calligraphic art use passages from the Koran as their basis.

The experience of living in Middle Eastern deserts also served as an influence to Honda, which has been recognized by major traditional Arabic calligraphers. They praise the way in which he combines the Japanese aesthetic of empty space with strictly traditional letter forms.

Honda has crossed cultural boundaries with his calligraphy, bringing two different cultures – Japanese and Islamic – together in a way which can be appreciated by both – as well as by the rest of the world.