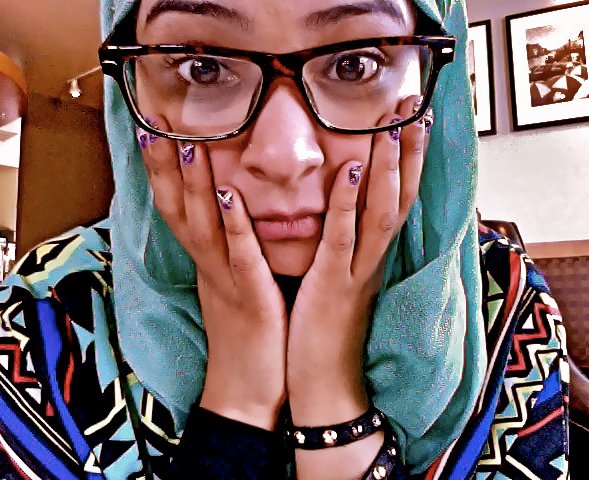 Media technology and the Muslim world are interesting collaborators.  Cassette tape propagation of Ayatollah Khomeini’s sermons provided important precursors for the Iranian Revolution. Likewise, Facebook and Twitter offered political leverage in the Arab Spring developments. For observers, social media, in particular, is potentially changing the dynamics of the public sphere in the Muslim world.

New media technology provides a “Third Space” where some Muslims who are using social media to contest gender assumptions, normative aspects of religious practice, and cultural experience. In this context, YouTube offers such a space as an informal meeting place to create community and to express new identities.

Muslims around the world are familiar with YouTube as a source of religious information from well-known Islamic personalities. Now, rather than YouTubing for religious instruction from Dr. Zakir Naik, for example some are uploading for creative expression, a small number of Muslims are contributing to a new aesthetic of Muslim videography to express personal creativity and observations – mostly through satire or parody — on issues they face in daily life.

One of the more interesting dynamics is the emergence of Muslim women taking to YouTube to “talk back” on issues of identity and Western assumptions concerning the female experience.

Sister Randomina is one visible American-Muslim woman on YouTube. Her channel, Hijandom, showcases her personal, humorous reflections on Western perceptions of Muslim women, spot-on critiques about the overbearing community pressure to marry, and comedic commentary on everyday life. Sister Randomina’s appearance as a hijabed young Muslim woman lends her credibility and allows her “permission” to issue her comedic cultural criticisms.

Randomina (not her real name) is currently a film student and her YouTube channel is an extension of her emerging craft. In a personal interview for this article, she revealed that the YouTube idea came to her during a normal Ramadan day. She explains,

“I made a video about Taraweeh – like a video diary entry. I called myself Sister Randomina because my friends would refer to me as being really random. All of a sudden I realized people were watching these ‘entries.’ Entertaining people and expressing myself became a passion.”

Another noticeable contribution is from the United Kingdom-based Dina Tokio, who enjoys a popular YouTube presence, albeit with a slightly different perspective than Sister Randomina. Tokio is a personal stylist and consultant with a the motto “modesty with a flair.” Her YouTube presence explicitly promotes her unique style and is used to brand her Lazy Doll fashion. While Tokio doesn’t routinely engage satire or parody, her strong sense of design and engaging YouTube persona is entertaining and instrumental in challenging stereotypes about Muslim women.

Tokio’s work often shows her full body in a variety of modest, fashionable outfits and unabashedly centers on her physicality and personal persona as a hip, hijabed Muslim woman in a Western society. Yet, her full bodied presence is not the norm; the few Muslim women found offering creative commentary on YouTube tend to focus predominately headshots rather than full body images, and they often seem to create videos without assistance from others.

By contrast, Muslim men who use YouTube as a creative statement engage the technology a bit differently.  Male YouTubers such as Qias Omar Productions and FouseyTube display greater physicality and work with a larger “crew.” However, the men also explore issues impacting Islamic identity (halaal versus haram food habits, romantic relationship issues, and humorous commentaries on prayer and Ramadan).  Most videos produced by those mentioned in this article are aimed at issues facing Muslims in a non-Muslim society, yet all enjoy an international following.

Sr. Randomina suggests that there is a gender difference in the way men and women view the videos, as well. She points outs,  “I like to think that I am expressing the female voice and opinion on issues, so there are going to be men and sometimes women, who are like ‘Sister, you need do your research!’ Or ‘Sisters shouldn’t act like that. I think you’re confused.’”  On occasion, Muslim YouTubers face criticism from viewers who take offense or who do not relate to the message being communicated.

Another interesting development it that is rare to find women in any male-produced videos. Men play female characters, which adds an element of humor while also adhering to their understanding of mainstream Islamic religious and cultural standards.

Likewise, one of Sister Randomina’s videos shows her acting as multiple characters, from a Puerto Rican girl, a flirtatious boy, to a kind yet culturally-ignorant white woman.

Despite Sister Randomina’s success, only a limited number of self-identified Muslim women are taking to YouTube for creative purposes. The medium, as well as available handheld technology through camcorders and cell phone cameras, offers women one way to create narrative space as well as providing a language to unspoken issues impacting other Muslim women. Sister Randomina comments that many Muslims aren’t yet comfortable with expressing personal opinions in this forum, particularly women. She shares that her family and community are supportive of her efforts, but it took them “some time to warm up to the idea.”

New media technology is so accessible – from YouTube to free podcasting sites (such as BlogTalkRadio) to micro-expression available through Instagram, Pinterest, and Twitter. “If there are more Muslim women who are confident and comfortable in doing something like this, I think they should definitely go for it,” Sister Randomina comments. “We need a bigger Muslimah presence in the media. I truly believe that this is something that can fight back misconceptions and change the false ‘oppressed’ perception of Muslim women in the world. To humanize Muslims, we need to make a presence.”

There is an empowerment, indeed, in using New Media. “YouTube came as a blessing to me. It is an amazing medium,” suggests Sister Randomina.  She knows she is on to something big. “I feel like I am at a high while I make them.”