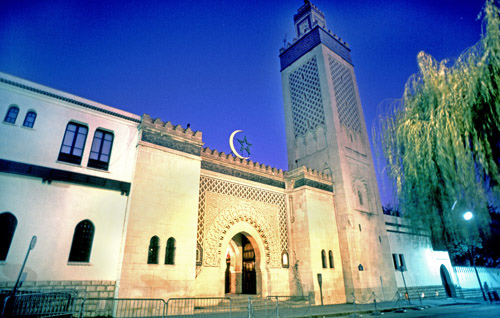 In secular Europe, countries are starting to see a blowback, not toward their historic Christian roots, but toward Islam.

Islam has been growing in European countries—especially the urban areas of France, the U.K., and Spain—through increased immigration and higher birth rates. But native Europeans also are converting to Islam, either to fit in to Muslim-dominated neighborhoods, for marriage, or to counter the spiritual emptiness in the secular countries, according to an article in last weekend’s New York Times.

About 100,000 of the six million Muslims in France are thought to be converts, the New York Times article reports. French prisons are considered fertile ground for conversion to Islamic radicalism, with Muslims making up a third of the inmates.

One imam in the southern coast of France told the New York Times that French conversions have “increased at an incredible pace in the last three years.” He signed 130 conversion certificates last year.

“Secularism has become antireligious,” Hassen Chalghoumi, an imam near Paris, told the newspaper. “Therefore, it has created an opposite phenomenon. It has allowed people to discover Islam.”

The large migration of a different culture has created problems in London. In 2011, Abu Izzadeen, the self-proclaimed director for Waltham Forest Muslims declared the borough a Sharia-law zone and put up fliers that banned drinking, gambling, immodest dress, music, smoking, and homosexuality.

His group, Muslims Against Crusades, said on a website that “what was once a predominantly Christian country has now been overwhelmed by a rising Muslim population … the entire infrastructure of Britain is changing. Mosques, Islamic schools, Sharia courts, Muslim-owned businesses and banks have now become an integral part of the British landscape.”

Another small extremist group, “Muslim Patrol,” recently posted videos on YouTube of the group harassing East Londoners for “breaking” sharia law. They approached a women in a short skirt and said she could not “dress like that in a Muslim area.” They also attacked a gay man and a man drinking beer.

While the extremist groups represent a small part of the British Muslim community, the youth of those involved is representative of a British study group’s claim that second and third generation Muslims are having a harder time integrating than their parents. Policy Exchange found more than 70 percent of Muslims over 55 felt they had as much in common with Muslims as with non-Muslims, while only 62 precent of 16 to 24 year olds feel that way.

Izzadeen also claims scores of young Britons have converted to Islam, and according to U.K’s Daily Mail, many of the girls in hijabs and activists putting up flyers were of white descent. One girl the newspaper interviewed said, “I was a Christian of sorts, but now I have, like a lot of my friends, embraced Islam. It makes me feel better about my life.”

Al Mohler, president of Southern Baptist Theological Seminary, believes this Islamization of Europe has its roots in the weakening of Christianity.

“The receding influence of Christianity in Switzerland can be traced directly to theological liberalism in its churches and the increasing secularity of Swiss culture,” Mohler wrote in a 2009 blog post about Switzerland’s decision to ban minarets. “Islam now enters the void created by the decline of Christianity and Christian culture in Switzerland, and throughout much of the continent as well.”