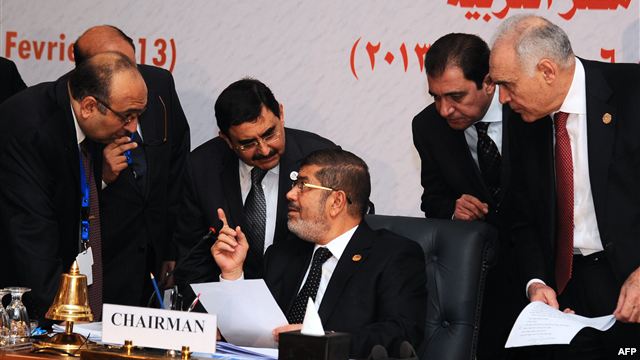 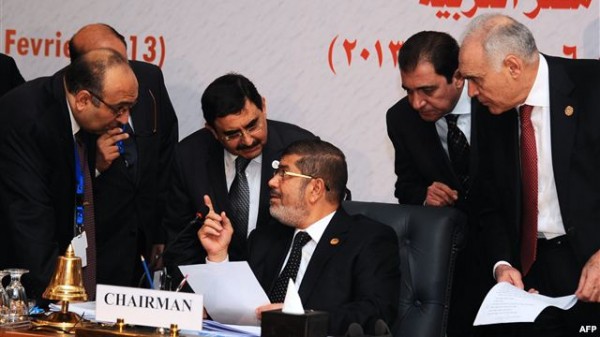 CAIRO, EGYPT — Leaders of Muslim nations meeting in Cairo called Thursday for greater effort to bring the war in Syria to a negotiated end.

The two-day summit of the Organization of Islamic Cooperation wrapped up as Islamic leaders backed a plan by Egyptian President Mohamed Morsi for dialogue among Syrians to end the brutal civil war.

Morsi said everyone at the summit agreed on the need to ramp up efforts to end what he called “the tragedy that the Syrian people are living.”

Syria’s opposition coalition is urging the government to sit down for talks but with conditions. The government has not formally responded.

The 57-member Islamic group suspended Syria last year because of nearly two years of violence it blames largely on the government.  There was no conference demand for President Assad to step down, as some individual leaders have called for in the past.

Morsi, whose nation has been given the rotating chair of the group, said the talks also confirmed support among members for the unity and sovereignty of Mali, where French forces have intervened to battle Islamic militants.

He stressed the importance of mobilizing developmental efforts in the African nation, and elsewhere, and providing humanitarian relief for refugees.

In addition, the OIC announced an upcoming donors’ conference and the creation of what it called an Islamic Financial Safety Net for Palestinians.

A statement at the end of the conference said that the Palestinian issue proved to remain the top priority of the group.