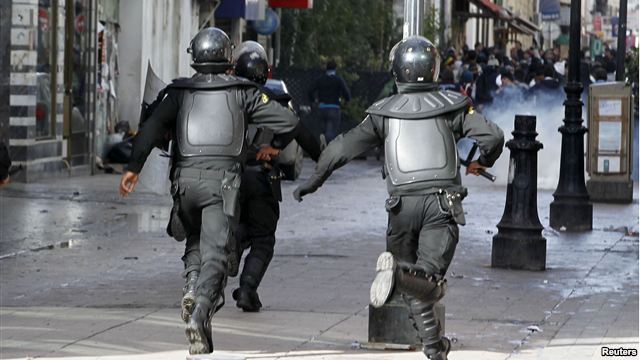 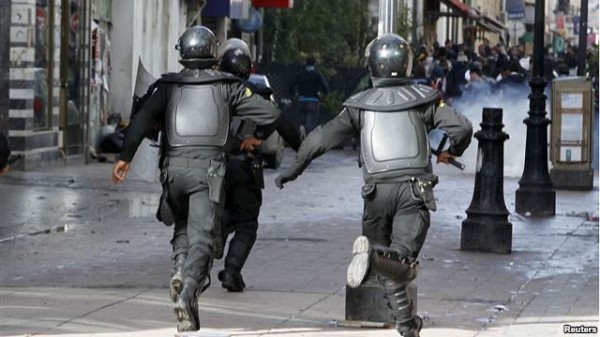 PARIS — Tunisia’s political crisis deepened on Thursday as police clashed with protesters and lobbed tear gas after the ruling Islamist Ennahdha party rejected a plan to form a new government.

The protests now spreading across the country come after the assassination of Chokri Belaid, a leading secular opposition politician.  He was a staunch opponent of the moderate Islamists in power – and the growing clout of hardliners that Tunisians call Salafists.

The scenes are eerily reminiscent of Tunisia’s revolution two years ago.  And like then, Tunisia’s leaders bowed to public fury and announced the government’s dissolution.

Addressing the nation Wednesday night, Prime Minister Hamadi Jebali said he would form a new Cabinet of technocrats with no political affiliation. He said this government would be in place until new elections are held – which, he said, would happen as soon as possible.

But hours later, the ruling Ennahdha party rejected the dissolution, but said talks were underway to form a coalition government.

In a telephone interview from Tunis, opposition politician Selma Rekik of the secular Nidaa Tounes party speculated Belaid’s shooting death had been planned for a long time.

Rekik alleged there was a hit list targeting other secular figures. Belaid’s family has blamed Ennahdha for his death – which the party strongly denies. Rekik said she was awaiting the results of an investigation.

But she said the government must dissolve the so-called “League for the Protection of the Revolution” a shadowy group of pro-Ennahdha militants who have been blamed for attacks on secular opposition groups and trade unions in recent months.

The new flare-up of violence has shaken this once-peaceful and staunchly secular North African country and the international community, which has praised Tunisia’s steps toward democracy.

“The Algerian scenario is not far away,” he said. “In other words, Algeria in the 1990s experienced dramatic and extensive political violence. Tunisia never had this – but this killing is something we thought Tunisia would never see. And so people are quite disturbed by it.”

Rekik is among the many Tunisians who are drawing stark differences between the unrest of today and that of two years ago which ousted longtime dictator Zine al-Abidine Ben Ali.

During the 2011 revolution, Rekik said, Tunisians were united in wanting the departure of Ben Ali’s regime. Today, she said, the country is divided between Muslims and non-Muslims, elections have been delayed, and nothing is certain.

Belaid will be buried Friday.

Trade unions have called for a national strike the same day to protest his killing.