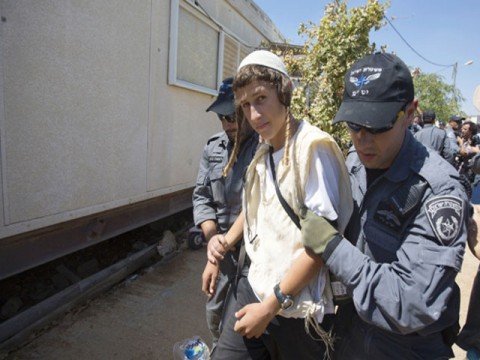 “RT” — A UN human rights inquiry has called on Israel to remove all Jewish settlers from the West Bank and cease expansion. The report said the settlements violate international law, and are an attempt to drive out Palestinians through intimidation.

“Israel must, in compliance with article 49 of the Fourth Geneva Convention, cease all settlement activities without preconditions,” the report read, adding that Israel must immediately begin to withdraw all settlers from the occupied Palestinian territories (OPT).

The inquiry prompted a strong reaction from Israel who slammed the report as biased.

“The Human Rights Council has sadly distinguished itself by its systematically one-sided and biased approach towards Israel. This latest report is yet another unfortunate reminder of that,” said spokesman Yigal Palmor in a statement.

The 1949 Geneva Convention prohibits the transfer of a civilian population into an occupied area – such an act could constitute war crimes if brought before the International Criminal Court. Following the UN’s de facto recognition of Palestine last December, Israel announced plans to build thousands of homes in the OPT.

In response, Palestine wrote to the UN warning that Israel’s planned expansion into the occupied territories would lead to more war crimes being committed.

The UN investigators interviewed over 50 people who were driven from their homes. They described how their livelihoods were destroyed and their land was confiscated, and how they were subjected to continuous violence from Jewish settlers.

“The mission believes that the motivation behind this violence and the intimidation against the Palestinians as well as their properties is to drive the local populations away from their lands and allow the settlements to expand,” said the report.

The report has the potential to significantly worsen the UN’s already-strained relationship with Israel, particularly after Israeli representatives failed to appear at a UN human rights review two days ago.

The Israeli government has repeatedly ignored international condemnations of its settlements in the occupied territories, and continues to bar the entry of a Human Rights Council probe to assess the impact of the settlements. Israel has insisted that the organization is biased in favor of the Palestinians, and claimed that historic and biblical ties justify its claim to the territories.