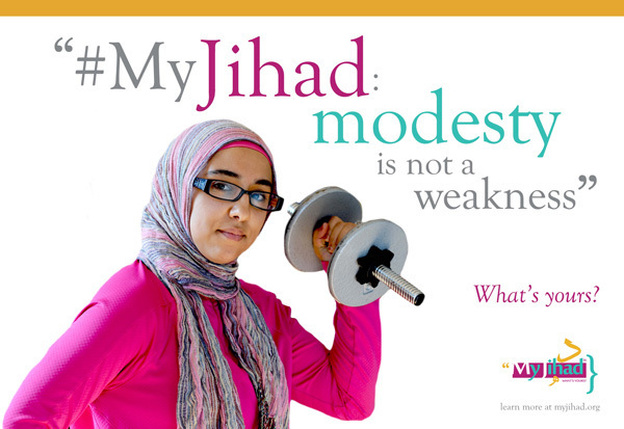 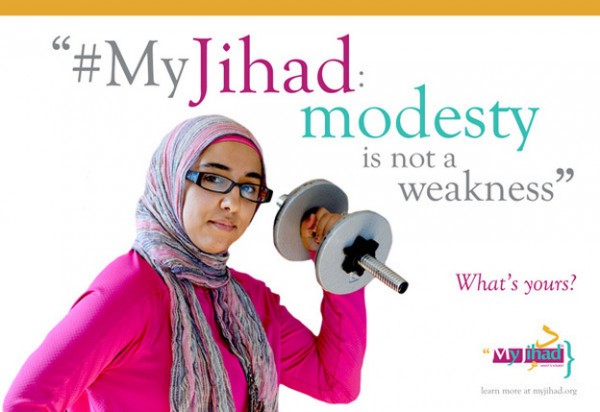 In an effort to “reclaim” the word jihad, Muslim activists launched a new ad campaign in the nation’s capital this week. Commuters in the Washington, D.C., subway system will start seeing posters stamped with the “#My Jihad” hashtag.

Each poster depicts a Muslim sharing their personal struggle: “my jihad: is to march on despite losing my son,” and “my jihad: is modesty not weakness.”

The campaign is organized by Ahmed Rehab, the executive director of the Chicago arm of the Council on American-Islamic Relations (CAIR). The ads first launched in December 2012 in Chicago and then in San Francisco in January.

Rehab tells us he started the initiative because “jihad and the concept of jihad was misunderstood.”

They wanted to stop letting “anti-Muslim propaganda” define what the tenets of Islam stood for and to protect the “mainstream [Muslim] voice,” Rehab says.

The official website of the campaign defines jihad this way:

“Jihad is a central tenet of the Islamic creed which means ‘struggling in the way of God’. The way of God, being goodness, justice, passion, compassion, etc (not forcible conversion as wrongly claimed by some).”

Social media is another strategy the campaign is using. The My Jihad website encourages people to use the Twitter hashtag #myjihad, and describe what they struggle with.

For the most part, many Twitter users have jumped on the bandwagon and have been supportive. But not all of it has been positive.

Scrolling through the feed, you’ll see many negative tweets, most notably from political activist and blogger Pamela Geller. As we told you in September, Geller launched her own jihad ads that read: “In any war between the civilized man and the savage, support the civilized man. Support Israel. Defeat Jihad.”

Despite some push back, Rehab focuses on the support; “[Gellar’s] voice is hers alone,” he says.

The campaign is still moving forward with plans to continue to expand its outreach to more cities and possibilities of radio and television spots in the future.