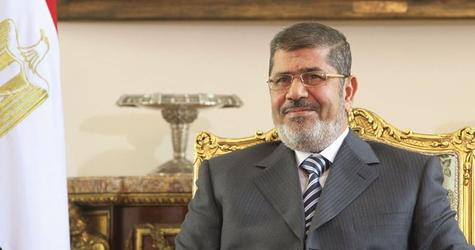 PanARMENIAN.Net – Egyptian President Mohamed Mursi declared a month-long state of emergency in three cities along the Suez Canal where dozens of people have been killed over the past four days in protests his allies say are designed to overthrow him, Reuters reported.

Seven people were shot dead and hundreds were injured in Port Said on Sunday, Jan 27, during the funerals of 33 people killed there when locals angered by a court decision went on the rampage as anti-government protests spread around the country.

A total of 49 people have been killed since Thursday and Mursi’s opponents, who accuse his Islamist Muslim Brotherhood of betraying the revolution that ousted long-time ruler Hosni Mubarak, have called for more demonstrations on Monday.

“Down, down Mursi, down down the regime that killed and tortured us!” people in Port Said chanted as the coffins of those killed on Saturday were carried through the streets.

In a televised address, Mursi said a nightly curfew would be introduced in Port Said, Ismailia and Suez, starting Monday.

Several hundred people protested in Ismailia, Suez and Port Said after the announcement, in which Mursi also called for a dialogue with top politicians. Activists in the three cities vowed to defy the curfew in protest at the decision.

In Cairo the newly appointed Interior Minister Mohamed Ibrahim was ejected from the funeral of one of the police officers who died during Saturday’s clashes in Port Said, according to witnesses and police sources.

A police officer at the funeral said many of his colleagues blame the interior minister for the deaths of at least two policemen during Saturday’s clashes as he did not allow the police there to carry weapons and were only given teargas bombs.