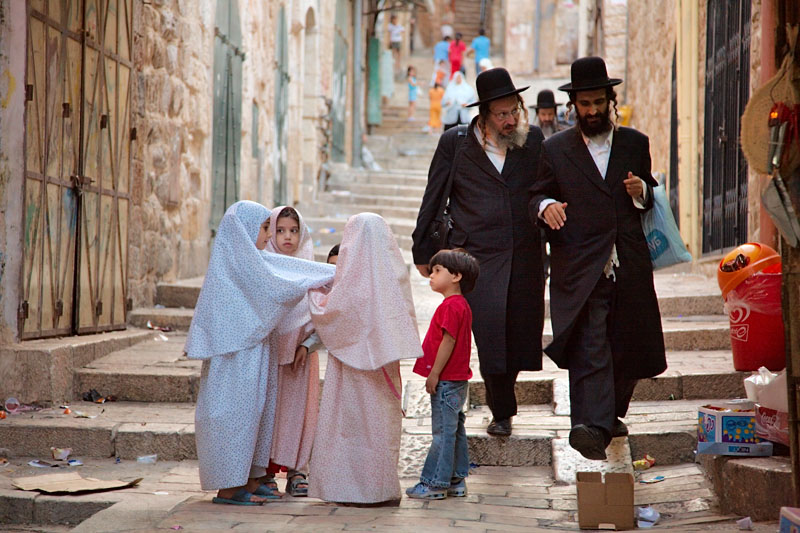 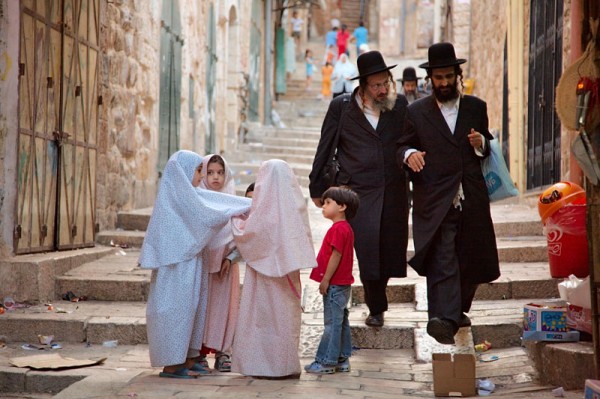 A few weeks ago a Muslim man was pushed from behind into the tracks of an incoming New York subway meeting instant death. The perpetrator was apprehended and she declared, “I hate Muslims (and Hindus) ever since 2001 when they put down the twin towers. I’ve been beating them up.”

This is just one instance of violence and harassment against Muslims in America among many this past year. In Missouri the Islamic Society of Joplin’s building was destroyed by a suspicious fire. The Islamic center of Greater Toledo, Ohio was torched. A New York man was stabbed repeatedly outside a mosque proclaiming, “I don’t like Muslims.” In Panama City, Florida a mason jar filled with gasoline was thrown at the home of a Muslim family.

It’s not just violence. It’s an attempt to “cleanse” America of a Muslim presence. This past year the following organizations were attacked by Anti-Muslim activists: Campbell’s Soup for offering halal certified soup; Whole Foods for “whoring itself out to Islam” for offering halal foods during Ramadan; the Boy Scouts of America for having an Islamic Scouting group; the Metropolitan Museum of Art because it opened an exhibit on Islamic Art Treasures; the Family Feud television game for having a Muslim family compete; and Dr. Phil was labeled an “Islamo-panderer” for being sympathetic to Muslim guests.

This Islamophobia and outright hatred has spread to the political arena. The most egregious instance this past year was when Representative Michelle Bachmann declared that the Muslim Brotherhood had “penetrated” the U.S. government, specifically singling out Huma Abedin, a prominent Muslim-American aide to Secretary of State Hillary Clinton. This McCarthy-ite maneuver was mildly criticized by House Speaker John Boehner (“Accusations like this being thrown around are pretty dangerous”), but actually supported by the only Republican Jewish member of Congress, Eric Cantor, when he praised her saying, “Her concern was about the security of the country.”

The Republican Party is close to declaring open warfare on Muslims. In 2011 and 2012, 78 bills or amendments aimed at interfering with Islamic religious practices were considered in 31 states and the U.S. Congress. Of these, 73 bills were introduced by Republicans, one by a Democrat in Alabama, and four were bi-partisan.

Most of these bills were aimed at outlawing Sharia law (comparable to Jewish Halacha), a non-existent problem. Muslims do not want to foist Sharia law onto America any more than Orthodox Jews want to foist Halacha onto America. (I have written a column on this and I will share it with any reader upon request.) Yet six states actually passed anti-Sharia laws – Arizona, Kansas, South Dakota, Tennessee, Oklahoma and Louisiana.

Representative John King as Chair of the Homeland Security Committee held hearings this past year on Muslims in America. His first hearing was titled, “The Extent of Radicalization in the American Muslim Community and that Community’s Response.” This was truly a McCarthy witch hunt. A few years back he claimed with absolutely no evidence that “80% to 85% of the mosques in this country are controlled by Islamic fundamentalists.” The Leadership Conference on Civil and Human Rights pointed out to King before the first hearing that, “Experts have concluded that mosque attendance is a significant factor in the prevention of extremism.”

Now the big question: Who are the major perpetrators of this anti-Muslim hatred? Answer: Jews. Sixty two of the above 78 referenced anti-Muslim laws were based on David Yerushalmi’s American Laws for American Courts (ALAC) model legislation. Not all, but a great preponderance, of anti-Muslim hate-mongers are Jews, including the following:

Pamela Geller – known for her leadership in the movement against the proposed mosque near Ground Zero. She has recently started an anti-Muslim billboard campaign on highways and in New York subways. She has attacked a group of Christian, Jewish and Muslim clergy in Denver because they started an interfaith “Love Thy Neighbor” campaign. She called the Christian and Jewish participants “quislings, craven, cowardly, knaves,” for participating with Muslims.

Steven Emerson – a supposed expert on terrorism. The New York Times book review noted that his book entitled “Terrorist” was “marred by factual errors…that betray an unfamiliarity with the Middle East and a pervasive anti-Arab and anti-Palestinian bias.”
Robert Spencer – of Jihad Watch. He has proclaimed Muhammad, the founder of Islam, a “con man” and, “From a historical stand point, it is not even clear that Muhammad existed.”

Daniel Pipes – has encouraged derogatory cartoons of Muhammad to be published every day “until the Islamists become accustomed to the fact that we turn sacred cows into hamburger.”

David Horowitz – who combines anti-Muslim with anti-liberal rhetoric. In his book Horowitz says that both Muslims and progressives abhor America and American values.

What does this rogues gallery of haters have in common? First, they are all staunch supporters of Israel and they believe that delegitimizing Islam somehow helps Israel in its conflict with Palestinians. Of course, they are hurting Israel in that they are turning a conflict over land into a religious war. I do not blame the Israelis. It’s a fair generalization to say that Israelis exhibit animosity toward Palestinians, but they do not denigrate their religion. It is these American Jewish zealots that hate Islam, not Israelis.

Second, most, if not all, of the above are welcomed speakers at synagogues (mostly Orthodox) and Jewish Federations, simply because they are pro-Israel. (Pam Geller was invited to speak at the Los Angeles Federation but was disinvited after an outpouring of community outrage.) What does this say about our Jewish sensitivity to bigotry in America? Does being pro-Israel excuse all other sins? Bernie Madoff is pro-Israel. Does that make him fit to be a synagogue or Federation speaker? This is truly a disgrace to our community.

The biggest disgrace is that our rabbinic and lay leaders remain silent. Very few rabbis have preached against anti-Muslim hatred from the pulpit. Most of our national Jewish organizations issue statements weekly on behalf of Israel, but not very often against the increase in hatred in this county against Muslim Americans.

How would you feel if Jews were being pushed onto subway tracks; if 18 synagogues were attacked this past year; if 31 states were to pass laws against Halacha (Jewish law); and if the House Un-American Activities Committee (HUAC) were resurrected and hearings were held to determine if all Jews in Hollywood were communists (we have been there!)? We of all people should empathize with our fellow Americans who happen to be Muslims.

Yes, it takes courage. And I have seen few rabbis and lay leaders exhibit this courage. Where are you?