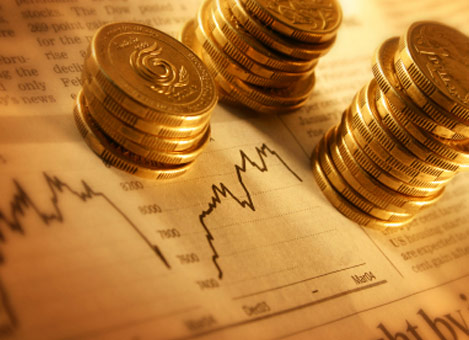 ISLAM enjoins wealth acquisition so long as it is done within the parameters of the Islamic law (shariah).

The wealth, which is acquired through halal sources, that is, from permissible sources and activities sanctioned by the shariah, will be blessed by Allah and hence, will benefit the owner and his family not only in fulfilling the needs of worldly affairs but will also be rewarded in the hereafter.

Conversely, wealth, which is acquired through sources and activities that contravene the parameters of shariah will earn the wrath of Allah in both this world and the hereafter.

With this in mind, a Muslim must always be vigilant in ascertaining both the sources and the activities in acquiring wealth, and equally be mindful about how the wealth is to be used or spent.

Muslims can adopt whatever ways and means in acquiring wealth that suit their needs as long as the parameters of shariah are not violated.

Equally important, acquiring wealth through ways and means that contravene the law of the state or which are against moral values or depriving public interest, are illegal and unlawful in Islam.

Indeed, these limitations or restrictions imposed by Islam in acquiring wealth are of universally accepted values.

In many respects, the parameters of shariah are in harmony with other cultures and system of laws that are practised by society.

Islam essentially accepts innovation and creativity as ways and means to acquire wealth so long as no fundamental principles prescribed byshariah are infringed.

In this regard, the parameters of shariah are indeed dynamic in adapting and embracing the technological advancements as well as the sophistication of the economic activities in this contemporary world.

In term of the uses of wealth, for a free market society, it is entirely up to the owner to determine how to spend his wealth.

It is natural that one will first spend on essential items, specifically food, clothing and shelter. After that, one will use his wealth on other important things such as education, health, transportation, vocational tools, religious obligation, leisure and others, depending on his needs.

Ideally, a Muslim should spend his wealth not only for the maintaining and sustaining of his and his family life; but he should also spend for his community.

A Muslim who does good deeds for his community with the wealth he owns will invariably be among those who are successful and prosperous. This assurance can be found in the verse of the Holy Quran, where Allah says: “So fear Allah as much as you can; listen and obey and spend in charity for the benefit of your own soul and those saved from the covetousness of their own souls, they are the ones that achieve prosperity.” (64:16).

On the other hand, a person who is a miser and devours his wealth above all others, will live in a more confused and disordered life as the wealth he owns will become an enormous burden to him.

Inevitably, wealth in the hands of a miser will be a source to punish himself in the hereafter, as stated in the Quran: “But he who is a greedy miser and thinks himself self-sufficient, and gives the lie to the best, we will indeed make smooth for him the path to Misery; Nor will his wealth profit him when he falls headlong (into the Pit).” (Quran, 92:8-11).

The intense devotion to wealth may be an obstacle for him to perform religious obligations, such spending for zakat (alms). The parable about what had happened to Qarun when he disobeyed the command to give alms is a great lesson to us.

Qarun was a cousin and faithful follower of Prophet Moses. His early life was filled with poverty. Therefore, he asked Prophet Moses to pray to Allah, for him to fulfil his livelihood.

The request was granted and Qarun became a wealthy man. He was so rich that the keys of his possessions had to be carried by a large number of servants.

Despite his enormous wealth, Qarun refused to give alms and reneged upon the favour from Allah, and in the end was given a severe punishment, where, he and all his possessions were piled together into the ground overnight.

The integral lesson of this parable is that the rich should be grateful to Allah, which favours upon him wealth.

Allah promises that He will increase the sustenance to whoever is thankful to Him and will curse the one who is arrogant with his wealth. Indeed, wealth is a test for man to the extent that even the characteristics of a person will change because of the intense devotion towards wealth.

Therefore, in order to eliminate excessive devotion of wealth in our heart, it is imperative to use a portion of our wealth and spend it by ways of sadaqah (charity), zakat (alms), waqaf (endowment) or other forms of charity that can benefit those who are unfortunate in the community.

Allah has promised in the Quran that: “Who is he that will loan to Allah a beautiful loan, which Allah will double unto his credit and multiply many times? It is Allah that giveth (you) want or plenty, and to Him shall be your return.” (2:245).

In essence, management of wealth from an Islamic perspective is a holistic approach that deals with one’s wealth that not only fulfills his own needs but also extend it to benefit his community.

More importantly, the benefit of one’s wealth, if one acquires and uses it in accordance with shariah principles will be transcended and perpetuated for one’s life in the hereafter.

In contrast, if one neglected the shariah principles in managing his wealth, one will be severely punished by the absolute owner of the wealth, Allah.

Let us always be mindful and vigilant on what we decide to do with the wealth that Allah has bestowed upon us as His trustees.