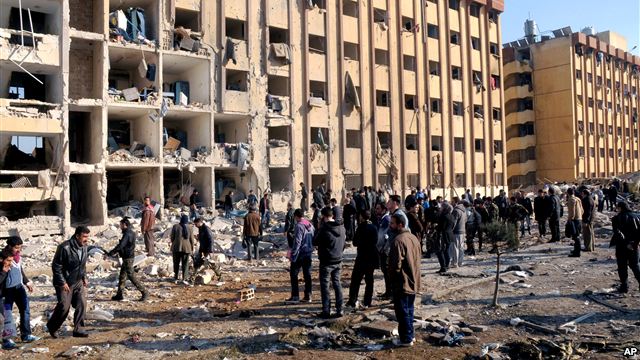 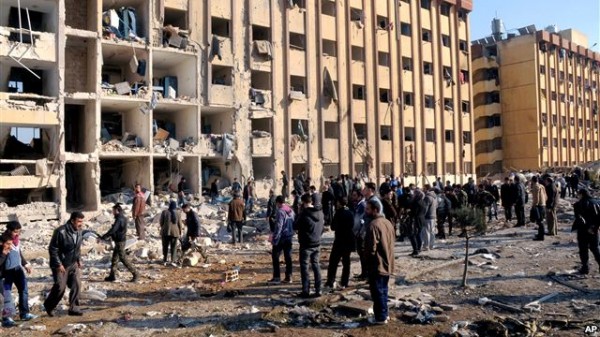 The Britain-based Syrian Observatory for Human Rights told VOA there has been no claim of responsibility for the blasts and that the death toll is expected to rise.

Syrian state television described the explosions as a “terrorist attack,” but did not give further details or specify the number of victims.

The cause of the explosions was not clear but the government and opposition activists blamed each other.

Aleppo, Syria’s commercial hub, has been wracked by violence since rebels launched an all-out assault on the city in July 2012. The university lies in government-controlled territory.

The Observatory said more than 100 people have been killed Tuesday across Syria as rebel fighters continue their push to overthrow President Basher al-Assad’s government.