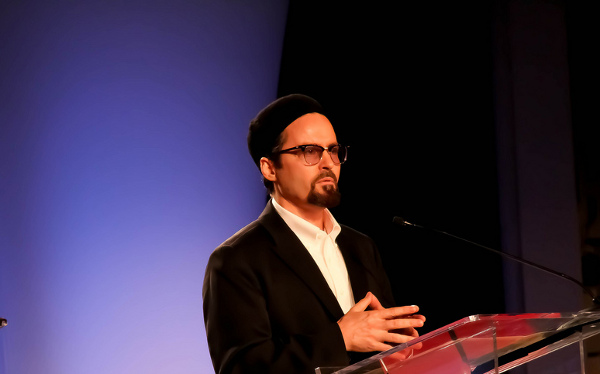 The birthday of the Prophet, God’s peace and blessings be upon him, is a great blessing for our community and, indeed, for all believers. So if we know the day, it should renew our joy manifold times. The Mawlid (his birthday) has traditionally been a time to reflect on – and be grateful for – our Prophet, peace be upon him, and his life, miracles, and the sacrifices he made on behalf of his community. Most of our scholars have considered celebrating the Mawlid as a good practice based upon the sound hadith, “Whoever establishes an excellent practice (sunnah hasanah) in Islam has its reward and the reward of those who act upon it.” This hadith, as some less perspicacious have thought, does not contradict the narration of Lady Aisha, may Allah be pleased with her, in which she relates that the Messenger of Allah, peace be upon him, said, “Whoever introduces something in this matter of ours that is not from it will find it rejected.”

The latter hadith refers to blameworthy innovations that are not from Islam. Ibn Daqiq al-Eid, a polymath master of Islamic tradition, says that this hadith is foundational and that it rejects any innovation in the religion, and then further explains,

As for those matters that branch off of the roots and do not depart from his Sunnah, peace be upon him, this rejection does not apply to them, such as the copying of the Qur’an [with its innovated orthographies], and the various juristic schools that emerged as a result of the excellent study and thought of our mujtahid scholars capable of seeing the connection that the branches have to the roots, which is what the Messenger, peace be upon him, has transmitted; not included also [in this prohibition] are the later books of grammar, arithmetic, inheritance laws, and other sciences that have their basis in the words of the Messenger of Allah, peace be upon him, and his dictates. None of that applies to this hadith.

Celebrating the Mawlid, as great scholars such as Imam al-Suyuti have shown, does not depart from the Sunnah and is a branch from the root of love of the Messenger, peace be upon him.

At that moment, Umar’s faith was completed – when his love matured from natural love to willful love. Natural love is the love of a child for a parent or the love of a devoted student for a teacher. This emanates from a simple truth, as stated by the Prophet, peace be upon him: “Hearts are inclined to love those who do good to them.” In other words, the human heart has no choice in the matter of natural love – love simply flows. Willful love, on the other hand, is of a higher order; it is love attained after deep contemplation of the beloved and a profound awareness that the object of one’s love is perfect, as in the case of God, or after the realization of the immense debt one owes to the beloved, as in the case of the Prophet, peace be upon him. Willful love is a matter of choice and introspection. Umar realized that his own soul that he loved so much was nothing, a cipher, without the blessing of the Messenger of Allah, peace be upon him. It was at that moment that his willful love occurred; it took precedent over the natural love that everyone feels instinctively and without musing or meditation.

The celebration of his birthday, peace be upon him, is a matter of willful love, as it is from the religion to honor him and remember him, and part of the remembrance of Allah is to pray upon our Prophet, peace be upon him. Anything that helps us to do that, and is not an innovation, is good. Ibn Lubb and others have defined innovation as “what obliterates a sunnah.” Encouraging the community of believers to reflect on the Prophet, peace be upon him, on the sacred day of the 12th of Rabi’a al-Awwal, the day of his birth, is not destructive to the Sunnah that he brought. Moreover, the day itself is auspicious – it was the day of the Prophet’s arrival to Medina after his migration (hijrah). The day he died was also the 12th of Rabi’a al-Awwal. These are not coincidences. So let the lovers love in peace. The Mawlid is a national holiday in every Muslim country in the world except for one. May you use this time to read sirah and reflect on the blessings of his birth.

In closing, I would like to share a poem written by one of my favorite scholars, Ibn Juzayy al-Kalbi, who died a martyr in the battle of Tarifah defending the lands of the Muslims:

I desired to praise the Chosen One and was hindered

By my own inability to grasp the extent of his glory.

How can one such as I measure an ocean, when the ocean is vast?

And how can one such as I count the stones and the stars?

If all of my limbs were to become tongues, even then –

Even then I could not begin to praise him as I desired.

And if all of creation gathered together in an attempt

To praise him, even then they would stint in his due.

I have altogether ceased trying – awestruck, clinging to courtesy,

Tempered by timidity, glorifying his most exalted rank.

Indeed, sometimes silence holds within it the essence of eloquence,

And often speech merely fodder for the faultfinder.