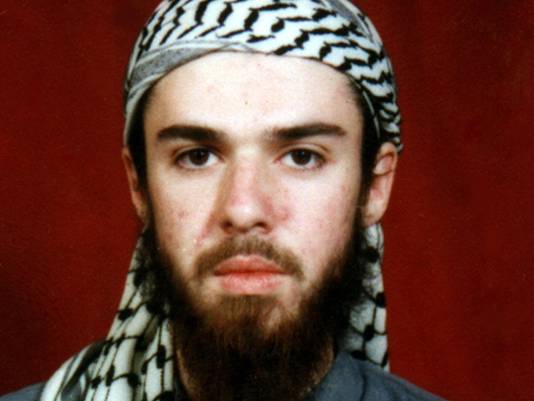 The judge ruled that a ban on the Muslim prisoner on performing the daily prayers in congregation violated a federal law protecting the religious rights of inmates.

Lindh, who is serving a 20-year prison sentence for fighting alongside the Taliban in Afghanistan, was banned from performing group prayers with other inmates.

Prison officials cited security reasons for banning inmates from getting together five times a day for prayers.

Lindh, who was born in the United States, has been in prison since 2002.

He pleaded guilty to supplying services to the Taliban and carrying an explosive during the commission of a felony.

Lindh, who is dubbed “American Taliban”, has complained that the ban on the daily group prayer violated his right to practice his religion.

The US judge backed his argument, saying that Lindh was now a “low-risk” inmate and had committed only minor, nonviolent infractions.

The judge said other prisoners are permitted to be out of their cells most of the day and can play cards, watch television and exercise.

“While no disruptive episodes have occurred in the [unit] as a result of small group prayers, a fight has occurred over a remote control and one has occurred when the victim was reading,” the judge said.

The ruling, which came in a complaint filed by the American Civil Liberties Union of Indiana on behalf of Lindh, said the prison had sophisticated audio and video surveillance equipment in place for monitoring prisoner activities.

The judge gave the prison warden 60 days to come up with a new policy for Muslim prayers.

The five prayer times are divided all through the day which starts with fajr prayer at dawn.

Then prayer times are divided from the time the sun declines, which is mid-day, until the darkening of the night, includes Zuhr (noon prayer), `Asr (evening prayer), Maghrib (sunset prayer) and `Ishaa’ (night prayer).