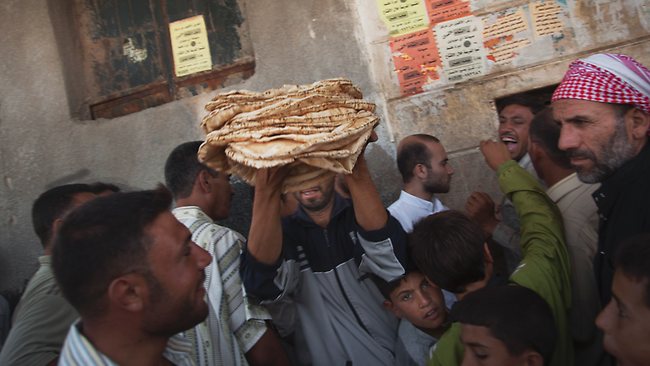 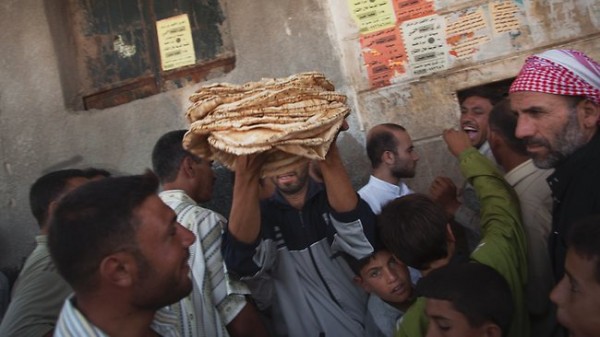 The UN food agency said earlier this week that it is unable to help an estimated one million Syrians who are going hungry, as rough weather caused riots in a Syrian refugee camp in Jordan.

The World Food Program is already helping 1.5 million of the 2.5 million Syrians whom the Syrian Arab Red Crescent says are in need of assistance.

But WFP spokeswoman Elisabeth Byrs said the lack of security and the WFP’s inability to use the Syrian port of Tartous for its shipment means that a large number of people will not get their aid.

The UN appealed for $1.5 billion in aid for Syrians in December due to the “dramatically deteriorating” humanitarian situation.

“Food processing, milling, bakeries rely on fuel electricity to produce a bread product. And of course we are dealing with a largely urbanized population here, so naturally any interruption of that infrastructure is going to be cause for concern,” said David Kaatrud, WFP director of emergencies.

Byrs also said that the agency has temporarily pulled its staff out of its offices in the Syrian cities of Homs, Aleppo, Tartous and Qamisly due to the rising dangers in those areas.

Seven aid workers were injured after refugees, frustrated by the damage inflicted on the camp by howling winds, beat them with sticks. Further bad weather is expected in Turkey, Jordan and Lebanon, which host large populations of Syrian refugees.