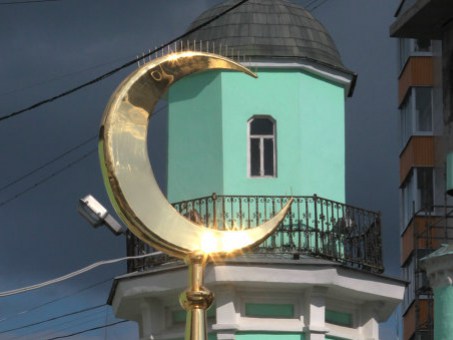 Ten Daghestani men were arrested in late December for urging fellow citizens of the Muslim-majority, North Caucasus republic to shun the secular New Year’s holiday. All the men have now been released, but the controversy over whether Muslims should celebrate secular holidays simmers on.

Be careful about protesting the celebration of the New Year in Daghestan. You could end up spending it in jail.

Three young Daghestani men in the city of Khasavyurt have walked free after serving at least 10 days of administrative detention for distributing leaflets urging people not to celebrate New Year’s.

Magomed Abdulkerimov and two other men whose names were not immediately available left jail on January 9. They were part of a group of 10 men arrested on December 27 while handing out leaflets arguing that the New Year festivities were an un-Islamic celebration and calling on residents of the Muslim-majority republic to shun it.

Six of the detained men were released after only a few hours of detention, while another, Shamil Aglarkhanov, was released on December 29 after serving a three-day sentence.

The men complained that they had not been granted access to their lawyers during their hearing or detention. Khasavyurt defense lawyer Ziyavdin Uvaisov was quoted by the Caucasian Knot (Kavkazsky uzel) website as saying there is no law against distributing such leaflets.

The men told journalists they had been given the materials at a local mosque.

Many imams in the republic used the occasion of Friday Prayers on December 28 to urge Daghestanis not to mark the holiday. They argued that Islam has its own calendar of celebrations.

There were few signs of festivities in the Daghestani capital of Makhachkala this year. A New Year’s tree was set up in the central square, but it was guarded around the clock by police.