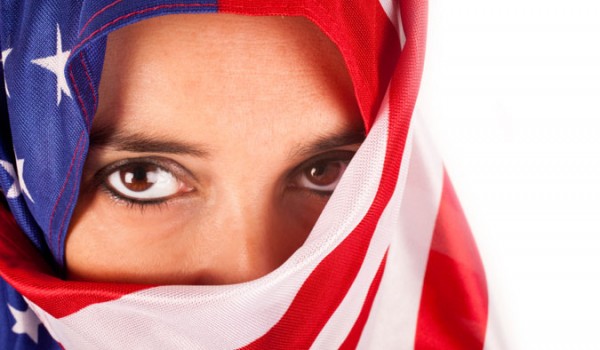 Seeking to make the Muslim headscarf speak to American fashion, a Muslim woman is championing a contest to encourage designers to create an American style of hijab, to the fury of Islamophobes.

“What we have here today is most women wearing an Arab-style scarf on top of American-style outfits,” Shaz Kaiseruddin, 31, told Chicago Tribune on Thursday, January 10.

“We’re looking for our nation’s most creative designers to create a truly American hijab style that speaks to today’s American fashion,” the contest’s website says.

Entries must come from people inside the United States.

So far, 70 participants have applied for the contest at americanhijabdesign.com.

Kaiseruddin, who has been wearing hijab since she was 11, says she wants the Muslim headscarf be as American as bluejeans.

“I’m hoping to cultivate the creation of a cutting-edge, very American hijab style.”

The Muslim headscarf has been in the eye of storm since France banned the outfit n public places in 2004.

Since then, several European countries have followed suit.

But the hijab contest has invited the ire of Islamophobes in the United States.

This is “norming the Shari`ah,” Islamophobic blogger Pamela Geller wrote on her blog.

“Trying to make the hideous fashionable, the hijab, niqab, etc as “covered chic.”

Geller has championed a series of ad campaigns linking Islam with terrorism and Jihad with savagery.

But the Muslim activist is not discouraged by the criticism.

She said design entries must cover “everything but hands, face and feet, in a non-form-fitting and non-sheer manner”.

They also will be judged on “potential for popularity, creativity and American feel,” she noted.

The Muslim human rights attorney hopes that her move would inspire similar contests around the world.

“I’ve always been interested in working for social justice but also have a great love for fashion.”

Though there are no official estimates, the US is home to an estimated Muslim minority of six to eight million.

A Gallup poll found in August 2011 that the majority of Americans Muslims are loyal to their country and optimistic about their future in the United States.