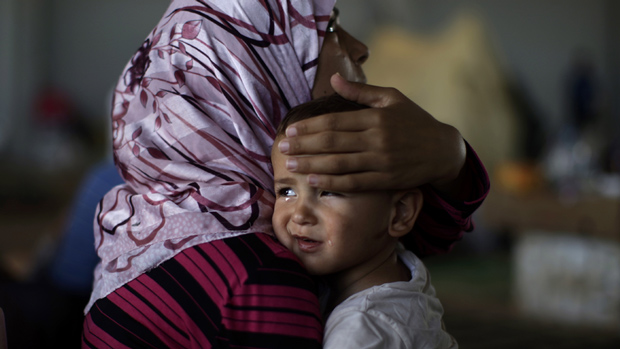 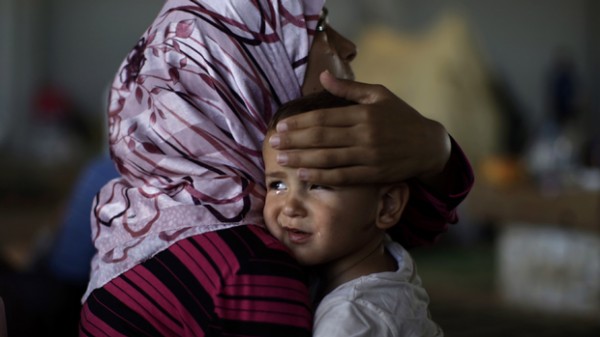 ALEPPO, SYRIA — Kneeling on a rooftop, a woman jams a stick down a long pipe. With no electricity, residents now use diesel fuel for heat, which clogs the chimneys with soot. Nearby, on Bab al-Nayrab street, goats rummage through a quarter-mile of garbage. Its putrid stench extends even farther.

As fighting in Syria’s largest city enters its sixth month, the economy has ground to a halt. There is no electricity, and the prices of basic goods such as bread and cooking oil have skyrocketed. Residents are selling off their possessions to survive.

The rebels’ hope for a quick victory in Aleppo has given way to the reality that there is no end in sight to this war. Though the rebels recently seized the Sheikh Suleiman Air Base and the Infantry School on the outskirts of Aleppo, the regime still controls large swaths of the city itself and regularly shells rebel-held zones.

The creation of a new government-in-exile and a unified military command means little to families on the front lines, fervently hoping the next shell will not land in their living room. The new National Coalition offers them neither the necessities or the security they pine for.

Ahmad Mustafa makes jeans in a clothing factory. The 30-year-old father of 10 did not participate in the protests that preceded the armed conflict. “I just want to work,” he says.

With no electricity to power his television for almost a month now, he does not follow current events. “I know nothing about the Coalition or politics,” Mustafa says, stroking the head of one his many daughters. “I just focus on surviving.”

Lines for a bag of pita bread, up to seven hours long, are the latest addition to every rebel-held neighborhood. Better organized bakeries have set up lottery systems; at others, a mad rush ensues when stores open. Burly men wrestle to get to the front while those behind them push forward, crushing people at the delivery window. At the back of the line, Salwa Badri grimaces as she watches the jostling. “This is a nightmare,” the 36-year-old mother exclaims. “Why has Allah abandoned us to this?”

In fact it is the regime of Bashar al-Assad that has abandoned much of eastern Aleppo to the rebels of the Free Syrian Army, who have no experience dealing with everyday tasks such as distributing flour and oil.

“We did not think the F.S.A. would fail as badly as it has,” said Musab Muhammad, a professor of electrical engineering at the Aleppo university. “Its mistakes are causing it to lose the support of the people.”

While the F.S.A.’s performance is eroding its support, the National Coalition has none to lose. A shell with no grass-roots operation, it does not have the wherewithal to meet daily needs. If the coalition is to get any traction in the population, it will need to make its presence better known. Its members will have to spend more time dealing with flour distribution and less in Western capitals seeking aid that does not trickle down to Mustafa or Badri.

In the rubble of what was once a cultural center in the southern neighborhood of Fardus, several hundred people are holding another demonstration against the regime. “Advance, O Free Army! Grasp determination and perseverance boldly. Your land will return through blood. Stand up, do not give way,” shouts Faisal Abdallah. “We do not want the regime to oppress us any longer,” he explains.

Abdallah is 21, and the other protesters look to be under 25. Older men observer from afar. When a foreigner approaches an older man standing with a bag of tomatoes and cucumbers, he quickly moves away. “I don’t want any trouble,” he mumbles, evidently fearful that a conversation with a stranger might reach a regime that still controls parts of the city. By its absence from the opposition rallies, the silent majority signals that it is not yet prepared to throw its lot in with the rebels.

We often hear reports that the Assad regime is near collapse, that the rebels’ string of victories has pushed the government to the brink of defeat. But in Aleppo, there is little sign of that.

After the rebels’ initial successes in early December, the war within the city has ground to a halt. The battle on the front lines in the neighborhoods of Bustan al-Pasha and Salah al-Din remains deadlocked. As long as it remains so — and it is likely to be a long time — Mustafa and Badri have little hope of waking up from the nightmare of the battle for Aleppo to find their houses warm and their electricity running.