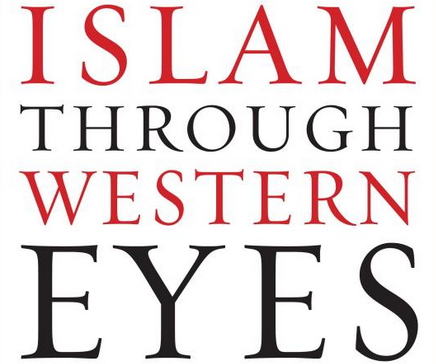 January 02, 2012 “The American Conservative ” – Control of the preferred narrative is essential in today’s instant-news political culture. This has been particularly true since 9/11, as the United States government and the cooperative media have worked together to make sure that a series of enemies are identified and then attacked as a response to what has been shaped as a global terrorist threat. Narrative-shifting also protects against failure, by making it more difficult to advance any actual inquiry either to learn what motivates terrorists or to explore the apparent inability of the federal government to respond effectively. The best known attempt to shift the blame and thereby redirect the narrative was President George W. Bush’s famous assertion that “those evildoers” of 9/11 “hate us because of our freedom.” Other, more plausible motives need not apply.

Later this year PBS will release to its affiliates a documentary film that it co-produced called “Valentino’s Ghost.” I recently watched a preview copy. In its full version it is 95 minutes long, and it lays out a roughly chronological account of how Muslims, particularly Arabs, have been perceived in the West since the 1920s. Written and directed by Michael Singh, it includes interviews with a number of well-known authorities on the Middle East, including Robert Fisk, Niall Ferguson, John Mearsheimer, and the late Anthony Shadid, the New York Times journalist killed in Syria last February. The film explores the political and cultural forces behind the images, contending that the depiction of Arabs as “The Other” roughly parallels the foreign policies of Europe and America vis-à-vis the Middle East region. The title of the film is taken from the first great cinematic “Arab,” Italian Rudolph Valentino, who starred in the 1922 silent film “The Sheik.” When asked regarding the plausibility of the script, in which English aristocrat Lady Diana falls for the “savage” Sheik, Valentino responded “People are not savages because they have dark skins. The Arabian civilization is one of the oldest in the world…the Arabs are dignified and keen brained.”

Valentino’s cinematic triumph was followed by other films extolling Arabian exoticism, including 1924’s “The Thief of Baghdad,” starring Douglas Fairbanks. But the cinematic love affair with Arabia did not last long. The 1920s also witnessed Anglo-French moves to divide up the Arab provinces of the defunct Ottoman Empire and to gain control of Iran’s oil supply.The Arabs, not surprisingly, resisted, which forced a rethink of who they were and what they represented as reflected in Eurocentric movies made in the 1930s, including “Beau Geste,” “The Lost Patrol,” and “Under Two Flags.”

Arabs were increasingly depicted in the cinema as lawless savages who mindlessly opposed the advanced civilizations of Europe, not unlike the American Indians who had stood in the way of manifest destiny. The possible motives for their savagery were strictly off limits, as they were in the American historical narrative. The good Arabs were the ones who were “obedient” and sought accommodation with the French and British. The bad Arabs were the “disobedient” who sought to maintain their traditional ways of life.

The rise of the Zionist movement and the creation of the state of Israel in 1948, with its forced relocation of most Palestinians — which Mearsheimer describes as “ethnic cleansing” — made further shifts in the narrative essential, particularly to demonstrate that Jews had a historic right to the land of Palestine and that the creation of the Jewish state was humanely carried out in a land that did not exist politically and was largely empty and undeveloped. Movies like “Exodus” and “Lawrence of Arabia” appeared, with the former omitting the Zionist terrorism that had led to the creation of Israel while also emphasizing historic Jewish claims to the land. The latter film expressed some sympathy for Arab nationalism but also demonstrated that savage and undisciplined Arabs could only triumph militarily under European leadership. The two films together largely completed the process of defining the Arab in Western popular culture. In “Lawrence of Arabia,” Peter O’Toole, playing Lawrence, described Arabs as “a little people, a silly people. Greedy, barbarous and cruel.” Nothing more need be said.

The Six-Day War further added to the denigration of Arabs in general. Israel’s surprise-attack triumph over its neighbors, in which it was able to exploit superior military resources, was seen as a victory of good over evil in the U.S. media. Walter Cronkite announced on the evening news that “Jerusalem has been liberated.” Footage of long columns of Palestinian refugees appeared briefly on television but then disappeared completely. Mearsheimer describes the post-1967 unwillingness to discuss either the Palestinians’ plight or the nature of the Israeli relationship with Washington as “The Great Silence” fueled by “The Great Silencer,” namely the charge of anti-Semitism or Jewish self-hating inevitably leveled against any critic of Israel. The circle of immunity from scrutiny for Israel also extends to the principal Israel lobby AIPAC, which was last featured on an investigative report on U.S. television in 1977.

The Israeli occupation triggered a wave of terrorism, and the Palestinians sought to have their story told. Limited media attempts to understand the Arab point of view perhaps understandingly vanished completely in 1972 after 11 Israeli athletes were murdered in Munich. When Arabs subsequently sought to use an economic boycott to force the West to stop Israeli expansion on the West Bank, the U.S. media depicted the action as an affront engineered by greedy oil Sheiks.

The increasingly harsh political environment, soon to be framed as a clash of civilizations, corresponded with a rise to prominence of evangelicals in the U.S., together with the popularity of end-times narratives in books and other media, including Hal Lindsey’s The Late Great Planet Earth. Evangelical pastors such as John Hagee conflated the return of the Jews to Israel with the Second Coming of Christ, leading to unlimited political support for Israel and identification of its Arab neighbors as the enemy that would have to be confronted and destroyed at Armageddon.

The Iranian Embassy hostage crisis further hardened views of Islam, with Ayatollah Khomeini lampooned on American television and ABC News featuring a one-hour block each night on “America Held Hostage,” more intensive coverage than the network had given to the Vietnam War. Ronald Reagan referred to the Iranians as “barbarians,” and there was little effort made to learn if there might be some legitimate grievances (there were, dating back to the ouster of Mohamed Mossadeq and the installation of the Shah in 1953).

In 1992 the Disney animated movie “Aladdin” featured a song during the opening credits that referred to Arabia as a land “where they cut off your ear if they don’t like your face, it’s barbaric.” Other major Hollywood movies produced in the 1990s routinely depicting Arabs as terrorists, even if an “obedient” Arab frequently appears among the good guys, included “Rules of Engagement,” “True Lies,” and “The Siege.” 9/11 converted the disturbing or sometimes vaguely amusing Arab into the Arab as attacker, as an existential threat — witness the success of the recent television series “24″ and “Homeland.” The denigration of Arabs in the media has real-world consequences: it is unlikely that Madeleine Albright would have said the death of 500,000 Iraqi children was worth it or that Rush Limbaugh would have described Abu Ghraib as a “college fraternity prank” if one had been speaking of European or American victims.

Niall Ferguson notes that the justification provided through the hyping of a dark and fearful external threat in support of a burgeoning overseas empire inevitably leads to a suspension of the rule of law back at home. Robert Fisk observes that the shifts in language and metaphor make the entire Middle East unintelligible to most Americans, even to those who claim to be well informed. Colin Powell, while secretary of state, stopped referring to the West Bank as occupied by Israel – he instead referred to the area as “disputed,” a practice that continues to this day in the mainstream media. That went along with Jewish settlements being referred to in the media as “neighborhoods” and the border wall being called a “security fence.” Why would those disgruntled Arabs want to fight over something that is only disputed or object so strongly to a neighborhood or a fence?

One of the more interesting vignettes in the film takes place near the end, with Hillary Clinton saying in March 2011 that many Americans are viewing Qatar-owned television channel al-Jazeera for “real news” because U.S. news programs have become so devoid of content. Would that it were so. Al-Jazeera is only available in New York; Washington, D.C.; Burlington, Vermont; Toledo, Ohio; and Bristol, Rhode Island — and only intermittently in many of those locations, due to political objections over its “Arab” and “anti-American” point of view.

If I have a problem with “Valentino’s Ghost” it is that it tries to do too much. It takes on many issues too superficially given the film’s technical constraints and time limitations. I have been informed that over the objections of the producer the original 95-minute version has been edited down considerably for the version that will be released to PBS affiliates. PBS indicated that it would not use the film without considerable changes. Much of the excising relates to segments critical of Israel and its policies, as well as its U.S. lobby, AIPAC. The affiliates themselves can choose whether or not to air the film, so there will probably be pressure coming from donors and local programming boards not to show it. This would be a shame, as “Valentino’s Ghost” exposes widespread bigotry and the deliberate shaping of a narrative against Arabs while also providing considerable insights into why American foreign policy continues to fail in an important part of the world. One has to wonder what the reaction would be if the film were to be viewed in the White House.