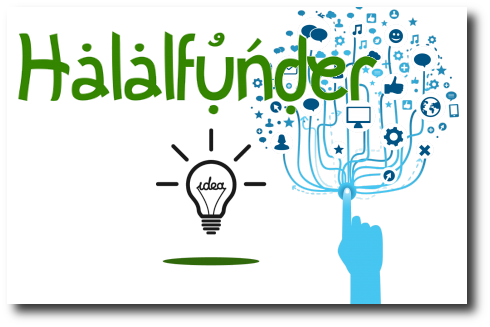 As a successful professional in London, my time was divided between work by day, helping with various good causes, and supporting my devoted wife with raising our nine children.

Being a practicing Muslim, when I had some ideas for starting my own projects and businesses, there were a number of issues and obstacles that became apparent:

– Where could I go to get the funding to finance my ideas that didn’t involve interest bearing bank loans, repaying interest, or getting into debt?

– How could keep I hold of the ownership of my ideas and not give away any equity?

– On top of that, even if I could get the funding I wanted, in the way I wanted it and without giving way any equity, would my ventures even work out? What if other people though the ideas were stinkers, how could I minimise any risk of failure?

That’s when I came across the concept of crowdfunding – sourcing small amounts of cash from a large group of people. The more I looked into crowdfunding, the more he realized that this simple model was a perfect fit for a certain type of person – a Muslim!

Crowdfunding was a way to raise funding through a system of pre-ordering from the consumer, so it didn’t involve loans, interest, debt, or banks. You keep full ownership over your business and it is a great way of testing whether people like your idea. People who fund a project get a reward (usually a discounted and early version of the product or service) in return.

Round about the same time, another issue was also bothering me – the lack of availability of halal products and services, particularly in the Western world. For most Muslim consumers, halal is a basic product requirement and is not only confined to foodstuffs, as is commonly misunderstood by outsiders – it applies to everything.

With over 1.8 billion Muslims across the world, the halal market alone is potentially worth an estimated $2.1 trillion a year. And as Muslims are predicated to account for 30% of the world’s population by 2025, the market could potentially grow at $500 billion annually. Yet, remarkably, surveys have revealed that the majority of Muslims, and not only me, felt ignored by mainstream brands.

There was something else bothering me, too. The Muslim world had been suffering from a serious shortage of producing its own creative projects for the last 200 years. Yet, the Islamic world had a proud history in pioneering some of the greatest advancements ever seen. Unfortunately, it had all been thrown off course by colonialism, dictators, and lazy thinking. The net effect of this was the disappearance of creativity. Only the recent uprisings across the Arab world seemed to bring hope of reigniting the creative spark.

Furthermore, I believe that supporting people to start new projects was an example to be found in the Prophet Muhammad himself. He would actively help people to find other ways to support themselves rather than to ask for charity. The Prophet was keen on teaching the importance of working to fulfill one’s own needs, and so avoid the disgrace of asking and begging.

It has been narrated that a man came to ask the Prophet (peace be upon him) for charity. The Prophet asked him what he had at home, and the man replied that he had some fabric that they use to wear sometimes and at other times used to sit on. The Prophet instructed him to bring it over. Then he asked if any of his companions would like to purchase the fabric. A man offered to buy it for one Dirham. The Prophet asked for a higher price, until a man offered two Dirhams for it. The Prophet took the money and gave it to the poor man. The Prophet told him to buy food for his family with one Dirham and to use the other to buy an axe-head and bring it back to him. The Prophet then tied a handle to the axe-head and asked the man to use it in cutting wood, and then to sell it. So the man went to cut wood and began to sell it. He collected ten Dirham’s that he used for food and clothes. The Prophet said to the man, “This is better than asking for charity which you will be asked about on the Day of Judgment.”

So I had the idea of Halalfunder, a global crowdfunding portal directed at (but not exclusive to) supporting Muslim-friendly projects and ideas. Its goal is to support and promote startups, creativity and innovation within the halal market space.

Halalfunder launched on the 1st of Dhul Hijjah/17 October 2012, and it now welcomes projects or ideas that are inclusive and Muslim-friendly. They don’t have to be ideas and projects that are aimed only at Muslims, as long as they are Muslim-friendly. The platform is open to all ventures, big or small, in a wide variety of areas: small business, creating software, photography, social enterprise, new technologies, gaming, fashion, festivals, music, journalism, gastronomy, animation, publishing, film.

Since its recent launch the reaction has been very positive. As many as 220,000 people viewed the Facebook page in a single week and many are registering on the portal. I believe that once Muslims become familiar with concept of crowdfunding, the portal will see a steady increase in the number of projects that are created and funded.