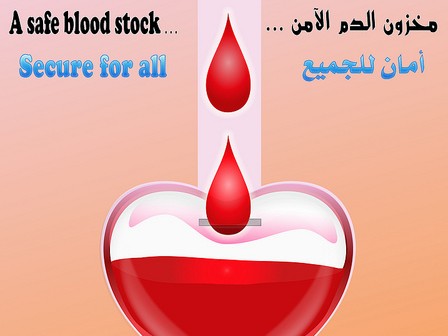 Muslims in 10 cities across England and Scotland have been inspired to help to save lives, by donating blood as part of a nationwide campaign running throughout November and December.

Since its inception in 2006 by volunteers from the Islamic Unity Society (IUS), the campaign seeks to inspire people to give blood in the Islamic month of Muharram, commemorating the martyrdom of Husayn ibn Ali, grandson of Prophet Muhammad (peace be upon him).

IUS campaign organiser in London, Haidar Abdali, told The Muslim News, “By donating blood we have the opportunity to promote the values of Islam and fulfil our obligation as Muslims to care for those who are sick and unwell, regardless of their religion.

“At times, living in such a diversely populated city like London can make Muslims isolated from the wider British community. This campaign helps encourage positive integration.”

Speaking after donating blood in Glasgow, Muhammad Kraish told The Muslim News, “Giving blood can save a life which is like saving the whole of humanity.”

“It was a good experience. The whole process went very smoothly and made me wonder why I hadn’t donated blood before. I will most definitely donate blood again when I can,” Noor Al-Hussaini, first-time donor and Mathematics student at Sheffield University, told The Muslim News.

Lead Donor Relations Manager for BME and special projects with NHSBT, Theo Clarke, said, “It’s great to have such an opportunity to work with the local Muslim community in promoting blood donation at this special time and I thank them for their support.

At present only three percent of regular blood donors are from an Asian, African and African-Caribbean background.

So far the campaign has attracted 307 people to attend blood donation sessions this year, with 225 successfully giving blood. One further campaign session is scheduled in London on January 6.

The NHS needs 7,000 voluntary donations of blood daily. Only four per cent of the eligible population are active blood donors.