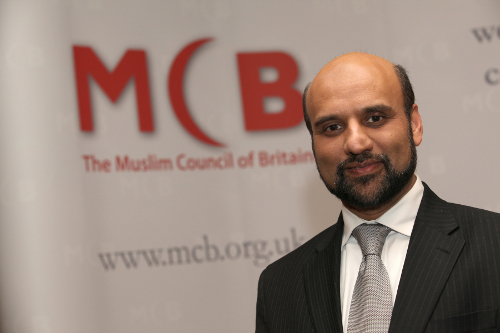 Muslim leaders have demanded the same legal exemptions as the Church of England in legislation to introduce gay marriages.

The Muslim Council of Britain (MCB), with more than 500 affiliated mosques, charities and schools, said it was “appalled” by “utterly discriminatory” legislation on gay marriage set out by the Government.

The proposals would allow faith groups to conduct gay marriages but would ban the Church of England and the Church in Wales from doing so.

MCB secretary-general Farooq Murad said his organisation had strongly opposed gay marriage alongside other religions and was seeking an urgent meeting with Culture Secretary Maria Miller to express the concerns of the Muslim community over the proposals.

“No-one in their right mind should accept such a discriminatory law,” he said. “It should be amended to give exactly the same exemption to all the religions.”

The criticism from the MCB comes after the Church of England last week attacked the Government’s lack of consultation over its gay marriage plans, saying senior ecclesiastical figures learned of them only when Mrs Miller announced them to Parliament.

But the Department for Culture, Media and Sport said it would have been “inappropriate” to discuss the fine print of its plans before telling Parliament. Mrs Miller told the House of Commons that she was putting in place a “quadruple lock” of measures to guarantee religious organisations would not have to marry same-sex couples against their wishes.

The Equality Act 2010 would be amended to ensure no discrimination claim can be brought against religious organisations or individual ministers for refusing to marry a same-sex couple.