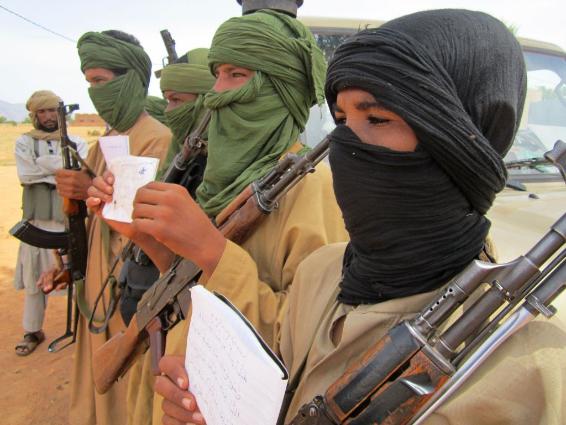 A senior official of the Economic Community of West African States (ECOWAS) said the world may be witnessing the last act of barbarism by Islamist militants in northern Mali before an international force is sent in to reclaim that part of the country.

Musah said ECOWAS condemns what he calls the terrorist acts of Islamists in northern Mali.

“Our reaction has always been the same that we [an African-led international force] are going there to get the jihadists. And I think what they are doing there in Timbuktu and other parts of the occupied territory in the north of Mali is just an act of desperation. Hopefully, we are seeing the last act of their acts of barbarism and terrorist activities,” he said.

The militants destroyed several mausoleums in the city in July, after the U.N. cultural agency, UNESCO, put Timbuktu on its list of sites that are in danger.

Some of the ancient mosques and shrines date back to the 15th century.
They are revered by many Muslims but Ansar Dine considers them sacrilegious.

On December 20, the UN Security Council authorized the deployment of foreign troops to Mali.

The Economic Community of West African States is making plans to send a force of between 3,000 and 4,000 soldiers to help retake the north.

Musah said once the military operation begins, ECOWAS will hold the militants responsible for their acts of human rights abuses.

“We are compiling the list of offenders in the north of Mali. They know that that they are either going to pay with their lives during the effort to retake the north or they will be handed over to the International Criminal tribunal for them to answer,” Musah said.

He describes as a “positive development the UN Security Council resolution on military intervention in Mali. But Musah said the sub-regional group is waiting for the support package that was promised.

“As you know, any operation in the north of Mali will require a lot of resources. So, ECOWAS and for that matter, African Union, we are waiting for the support package that was promised in the adoption of that resolution,” So, we expect another resolution that is putting together a UN support package for the mission,” Musah said.