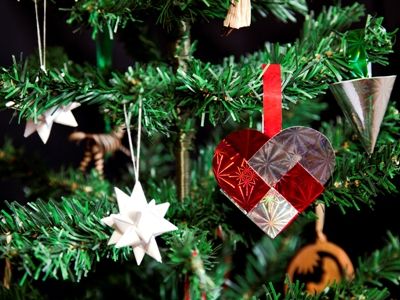 I received a letter from a young Muslim woman who, first of all, I would like to thank deeply for her keenness to know the religious position on the matter of spending time with her mother during Christmas and I equally admire her kindness in keeping ties with her mother and her eagerness to demonstrate an excellent example of what Islam is like.

I am nonetheless appalled by the unauthentic opinions of some self claimed scholars who equate spending time with one’s non Muslim family during Christmas and the like with shirk or polytheism! This opinion is rather a mere aberration of the true authentic teachings of Islam both in letter and spirit.

Islam is a religion of mercy and it is an all encompassing value which includes all humans regardless of their religious affiliations, cultural differences and ethnic backgrounds and it encompasses plants, animals along with inanimate objects as well. In other words, the concept of mercy in Islam is so grand that it envelopes the whole universe, wouldn’t it apply one’s own mother too?

As a matter of fact, God in the Quran did not only allow us to keep ties with non-Muslim families but He raised the level of recommendation and made it an obligatory act which Muslims should abide by and this is obvious in the Quran when God said:

” But if they (your parents) endeavor to make you associate with Me that of which you have no knowledge, do not obey them but accompany them in [this] world with appropriate kindness and follow the way of those who turn back to Me [in repentance]…” (Quran 31:15)

In this noble verse, God commanded us to keep warm ties with our families even when they exert their utmost efforts and place pressures on us to leave our religion. So what then about those who show respect to our religious choices and do not insult our belief in any way or form? Should we not even be more eager to show extreme kindness, and envelop them with mercy in our sayings and deeds to be a real embodiment of what Islam is all about?

Muslims show utter love to God’s creation in general as a sign of reverence to their divine origin and Islam placed unprecedented importance to the concept of high morals and made a unique connection between good ethical standards and between faith and creed. The Prophet (peace be upon him) said “The nearest of you to me in the Day of Judgment are the ones who have the highest morals”. Therefore we are commanded to show kindness to all people, and to treat them with mercy and love, and to refrain from discriminating against them based on their religious choices, cultural backgrounds, or the like.

There is no legal impediment to participating in celebrating the birth of Jesus (peace be upon him). Islam is an open system and its followers believe, respect and honor all the prophets and messengers, and treat the followers of other religions with kindness in accordance to the words of God the Almighty:

Jesus the son of Mary, peace be upon him, is one of the Prophets who are characterized with determination, resolution and patience. Prophet Muhammad [pbuh] said:

“I am more entitled to Jesus the son of Mary than anyone in this life and in the Hereafter; no prophet has been sent between us.”

Every Muslim believes that Jesus is a human prophet who performed great miracles, such as reviving the dead and curing the sick by the will of God the Almighty.

This was not because he was a god or the son of God in the sense of physical procreation—God is exalted above this. Celebrating the day of the birth of Jesus is an act of belief regardless of Christian convictions in his regard. Therefore, participate in your friends and family’s celebrations, eat with them and refrain from eating pork and drinking alcohol with tact and civility. Do not pay any attention to anyone who wants to ruin the relation between you and your family and others in the name of Islam because Islam is free from all of this.