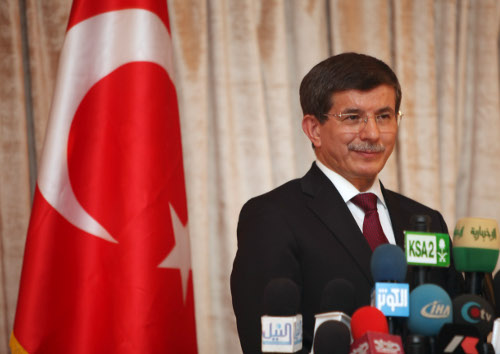 PanARMENIAN.Net – Turkey does not expect Syria to use chemical weapons in the near future but wants to be prepared given that there is such a risk, Foreign Minister Ahmet Davutoğlu has said, according to Today’s Zaman.

“We do not see an imminent chemical weapon danger but the risk always exists. There is always risk if you have chemical weapons and the necessary missile capability,” Davutoğlu said at a press conference with his Finnish counterpart, Erkki Tuomioja, in Helsinki.

Asked if Turkish intelligence has information regarding Syrian chemical weapons, Davutoğlu said there has been no use of chemical weapons but added that there was a ballistic missile threat, referring to Scud missile attacks by Syrian forces on opposition targets in the country’s north about 10 days ago.

Turkey has asked NATO to send Patriot anti-missile systems to boost its air defenses, a request NATO has accepted readily. The U.S., Germany and the Netherlands have all agreed to send two Patriot systems each to Turkey. They are expected to be operational by the end of next month or early February.

Davutoğlu also said the collapse of the Assad regime is now a “matter of time” and added that it was up to the international community “to determine how fast the transition will be completed and prevent further disasters.”