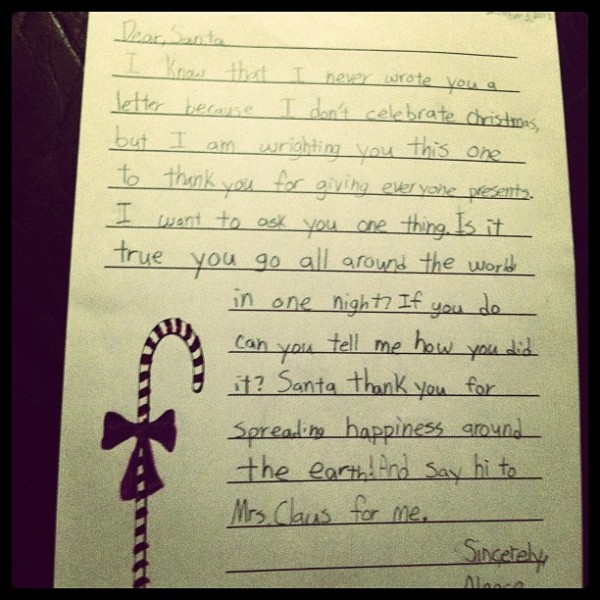 A Muslim student facing a uniquely challenging classroom assignment surely received an A for penning what’s become a welcome distraction in light of the recent school shooting in Connecticut herunterladen.

Rather than dwell on the injustice of the homework, the student penned a heartfelt letter that started burning up social media sites like Gawker amazon drive files.

It has more than 1 million views on Reddit since being posted four days ago 3d models download for free without registration.

The assignment raised some questions about asking non-Christian students to participate in the assignment.

But the woman who posted the letter to Reddit – the teacher’s daughter – said the student accepted the task and declined any alternatives winzip download free german.

“To my mother’s defense I don’t think the assignment was meant to be a religious one, and the student was given other options. However, she chose to write a letter to Santa and did so adorably, so I wanted to share it with you guys,” the woman posted on Reddit wo kann ich zoo tycoon kostenlos downloaden.

The full letter is pictured at the beginning of this article.