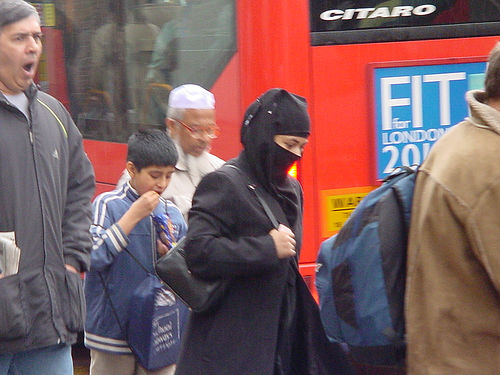 Ethnic minority women were found to be twice as likely to be unemployed as white women of the same age and experience, according to MPs.

A new report by the all-party committee on race and community found the rate of unemployment had remained stagnant over the last three decades, with women taking their own action to combat perceived discrimination.

Some removed hijabs worn for religious reasons, while others attempted to sound more “English” by adapting their names, it is claimed.

The report suggested some employers believed Muslim women would stop working after having children, according to the Guardian newpaper.

Many complained to researchers about being asked about their marital status and family plans during interviews.

Often they decided not to apply for jobs at all, fearing they faced insurmountable discrimination.

It also claimed some employers’ attitudes towards applicants became less favourable when they realised women with European-sounding names were black.

The group of MPs and peers has now claimed a quarter of unemployed Pakistani, Bangladeshi and black women had not been offered jobs due to prejudice and discrimination.

It argued the Government must take steps to improve equality in employment procedures and change its current “colour blind” approach.

Research by the group found a high unemployment rate among minority ethnic women of all ages.

“Discrimination was found to be present at every stage of the recruitment process – when assessing applications, during interviews, at recruitment agencies and also in the workplace itself.

“Muslim women who wear the hijab reported discrimination and women of all three ethnic groups reported questions asked about intentions regarding marriage and children.

“This was often tied to assumptions based on ethnicity – for example it was assumed that Muslim women would want to stop work after having children.

“Other issues identified as barriers to employment include language issues, cultural attitudes towards women, qualifications and lack of social capital.”

It concluded: “We believe that evidence shows that there are varied and complex barriers facing Black, Pakistani and Bangladeshi women which are different from those facing white women or ethnic minority men.”

Labour MP David Lammy, who chairs the all-party group, told the newspaper it was “staggering” that women felt they must remove the hijab to get work.

“All unemployment is tragic but we simply can no longer remain so casual about women that are simultaneously the victims of both sexism and racism when they are competing in the labour market,” he said. “It has massive implications for families and society as a whole.”