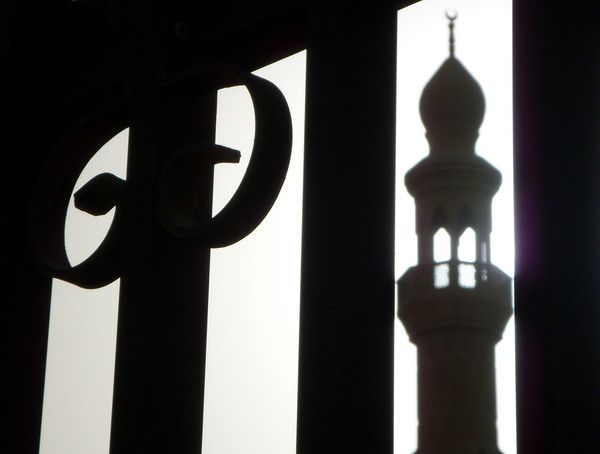 When an individual has wealth, he protects it according to its value because it is more likely to be involved in theft. The level of security for his wealth will be proportional to the amount of wealth he possesses. Spiritual wealth (one’s good deeds) works exactly the same way. The more spiritual wealth a believer has, the risk of theft increases. The difference in the believer’s case is that the thief is always Shaytan.

One of the many different ways that Shaytan dissolves a believer’s “assets” is by placing doubt within his mind. The type of doubt can be as minor as how many raka‘ah’s he has prayed to something as severe as doubting the existence of Allah. The doubts placed by Shaytan, almost always, are connected to the deen. For instance, we won’t ever be uncertain as to whether we ate lunch today or not, but doubts like “do we have wudu’ or not” arise quite often. These doubts can completely dissolve the spiritual effect of an ‘ibadah. Thus the Prophet of Allah (upon him be peace and blessings) said:

This one statement not only helps with day-to-day affairs (like having misgivings/suspicions about others), it also becomes a key principle in many juristic rulings. For example, a person is performing the zuhr prayer. He forgets whether he’s on his third rak’ah or fourth; according to the Hanafi school of thought he will follow the solution best fitted to his specific scenario.

First Scenario: This is the first time a doubt like this occurred in his prayer, or it very rarely occurs.

Solution: The prayer becomes void, and he must repeat his prayer (Shurunbulali, Nur al-Idah). The reason why his prayer breaks, even though doubt occurred for the first time, is because he almost never has doubts. So if he does become uncertain it will cause him to be restless (did my salat count, did it not count, and so on). By making his prayer up, he is saved from further whispers of Shaytan.

Second Scenario: These kinds of doubts occur often, but (of the two raka‘ahs) he has more certainty of one over the other.

Third Scenario: Similar to the above where doubts occur often, but the difference is that he is fifty-fifty, i.e. he has absolutely no idea as to which raka‘ah he is in.

After quickly ascertaining which scenario the individual is in, he must immediately go to the solution without entertaining the doubt. Doubt from Shaytan is like bait given to a fish. The moment an individual begins to entertain it, Shaytan has already caught him, and whatever worship he is involved in spiritually dissolves because he spends the rest of the prayer agitated not knowing which raka‘ah he is in. Even after prayer he begins to question whether his prayer was valid or not.

This scenario is a minor one compared to a person doubting the existence of Allah. It is unfortunate to say, but today many are involved in this problem, especially the Muslim youth. They go to colleges and universities and take classes like philosophy where the first thing the teacher says is that everything is garbage until you bring logical proofs. First of all, a student should not take such classes until his fundamentals are completely grounded. Even after having a solid base he should still avoid it. Imam Shafi’i has even said, “My ruling regarding the people of kalam (theology and philosophy) is that they be beaten with sticks and sandals…” A great scholar such as himself would not have said this unless he was certain that its harms greatly outweigh its benefits. The biggest harm found is that it creates doubt within the person. This person may leave Islam, or spend his whole life doubting his deen.

It is common though, that doubtful thoughts regarding Allah come to a person’s mind, especially if he is a believer because it is Shaytan’s goal to ultimately take a person out of the fold of Islam. If a person has such thoughts, he should not entertain them whatsoever. Rather he should allow it to pass and quickly change his mind to something else.

A person may argue that this method teaches close-mindedness; we live in a free and so-called intellectual society. We should not only be able to ponder about this, but also have open discussions with each other. This argument has some credibility, no doubt, but the reality is that there are some things that if they are treaded, their outcome is of absolutely no benefit; only harm comes from it. For example, a person wants to go and stand in the middle of the highway. It’s a free country, he can do it. In fact, his tax-payer money helped build it; he now has more of a right to carry it out. Firstly, not even an idiot would do such a thing. And secondly, even before the police come and arrest him, some truck will run him over and kill him. By treading this philosophical path which leads to doubts in a person’s deen, one is asking, rather challenging, Shaytan to come and run him over, and the reality is that Shaytan won’t even hesitate.