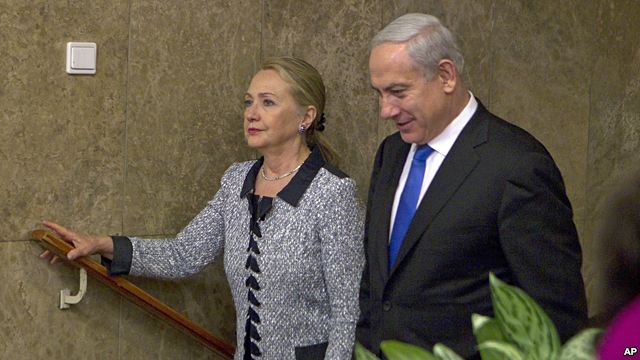 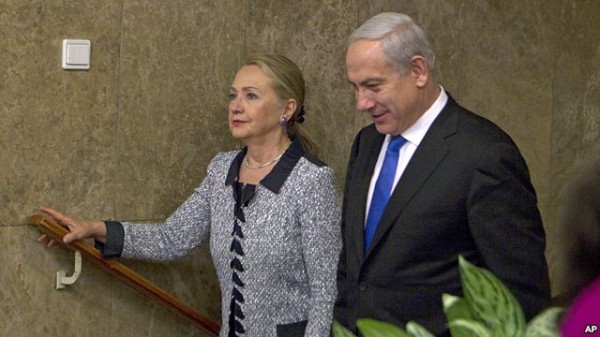 U.S. Secretary of State Hillary Clinton meets Wednesday with Palestinian and Egyptian leaders as she works to bring calm to the violence between Israel and Hamas militants in the Gaza Strip.

The prime minister said before the meeting that he prefers diplomacy to halt cross-border airstrikes between Israel and the Hamas militants. But he again pledged that Israel will take every action to protect its citizens. He said obviously no country can tolerate attacks on its citizens.

Clinton called this a critical moment for Israel, adding that the U.S. commitment to Israeli security is rock solid. She said terrorist rocket attacks on Israel must end, and that a durable outcome is needed that promotes the security and aspirations of both Israel and the Palestinians. She also said her heart breaks for every civilian death, Israeli and Palestinian.

Tuesday came and went without an Egyptian-brokered deal for what officials are calling a period of calm – not a true cease-fire.

Israeli and Hamas have traded rocket fire since an Israeli missile killed Hamas’ military chief in Gaza City last week. Israel says the attack was a direct response to months of almost daily rocket fire into southern Israel from Gaza.

The violence has killed more than 100 Palestinians and five Israelis. Most of the Palestinian deaths have been civilians.

Israel has also threatened a ground invasion into Gaza. The Israeli army dropped Arabic-language leaflets over numerous Gaza neighborhoods Tuesday, warning civilians to evacuate their residences and move toward the center of Gaza City.

“The goal must be a durable outcome that promotes regional stability and advances the security and legitimate aspirations of Israelis and Palestinians alike. In the days ahead, the United States will work with our partners here in Israel and across the region toward an outcome that bolsters security for the people of Israel, improves conditions for the people of Gaza and moves toward a comprehensive peace for all people of the region,” said Clinton.

“Now if there is a possibility of achieving a long term solution to this problem, through diplomatic means, we prefer that. But if not, I’m sure you understand that Israel will have to take whatever action is necessary to defend its people,” said Netanyahu.