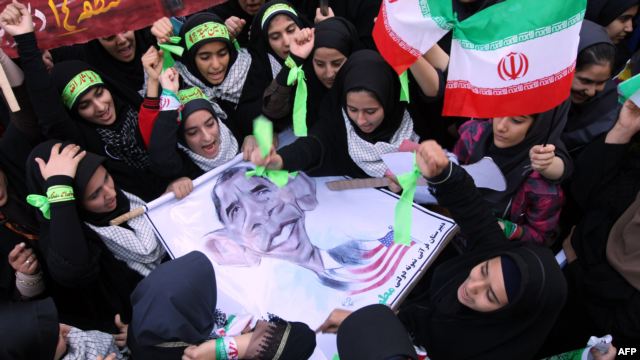 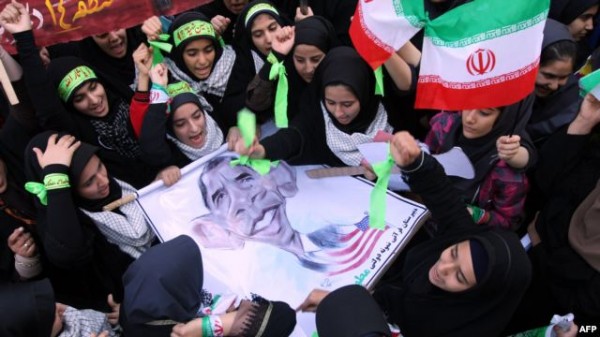 Obama’s rival, Mitt Romney, frequently accused him of taking too soft a line toward Tehran. “Iran today has never been closer to a nuclear weapons capability,” Romney claimed, “and it has never acted less deterred by America.”

Now, as Obama begins a second term, the question is how much he has been stung by such criticism.

Will Obama retain confidence in his dual strategy of squeezing Iran with economic sanctions while also extending offers of rapprochement? Or will the fact that Iran keeps building centrifuges and enriching uranium despite Obama’s efforts persuade the White House it needs to try something new?

The answer could come as early as the first months of Obama’s second term.

Shahshank Joshi, a regional expert with the Royal United Services Institute in London, believes the U.S. stance on Iran could be about to bear fruit. “I think there is no doubt that the sanctions have squeezed Iran and they have contributed, along with other factors, to pushing Iran back to the negotiating table,” he says.

“We saw three rounds of negotiations over the course of this year and, even though they all failed, the fact that Iran was sitting at the table was evidence that Iran does feel under pressure,” he continues. “And I think the hints we have been receiving of the prospect of direct U.S.-Iran talks on the sidelines of the multilateral talks is perhaps the best evidence that Iran is feeling the pressure and wants to reach some sort of a deal.”

Last month, “The New York Times” reported that the United States and Iran had agreed in principle to hold one-on-one negotiations after the U.S. elections, although Obama dismissed that report in the final presidential debate.

Joshi says that if there are U.S.-Iran talks, the bargaining would be over Washington easing sanctions in exchange for Iranian concessions. The concessions Washington and other Western powers want is for Iran to comply with UN demands that Tehran suspend controversial nuclear activities until it proves its nuclear program is peaceful.

However, the time Obama has for negotiations may not be limitless.

A key question is whether Israel would strike Iran’s nuclear facilities. Israel’s Prime Minister Benjamin Netanyahu drew a “red line” for Iran when he spoke at the UN in September.

He said Iran must not be allowed to amass enough 20 percent-enriched uranium that it would be in a position to quickly complete the remaining enrichment necessary to produce a nuclear weapon. Netanyahu referred to the spring or summer of 2013 as the time by which Iran might have that ability.

Many observers interpreted Netanhyahu’s red line as the trigger point for when Israel would take military action. But whether Israel would indeed act unilaterally on Iran is uncertain.

Ali Ansari of the University of St. Andrews in Scotland suggests Israel may be more interested in influencing the Iran crisis than in directly intervening in it. “The one thing that probably will come to Obama’s assistance in this regard is that the Israelis, for their own part, seem to be quite at odds in their policy toward Iran,” he says. “There is a lot of dissension in the ranks as to what the best approach should be and you always tend to see a sort of move toward a much more bellicose attitude and rhetoric but, almost to plan, they then tend to walk back a bit from crossing that red line for themselves.”

Perhaps the biggest decision Obama will have to make in his second term will be what to do if Iran conducts negotiations while continuing to do what it is doing now. That is, building centrifuges and continuing enrichment, but then converting much of the enriched uranium to nuclear fuel for civilian purposes in an effort to weaken Western claims that it is seeking nuclear weapons.

Such activities could bring Obama to the point where he might have to issue Tehran an ultimatum, including the threat of military action. But the success of the sanctions during Obama’s first term makes it likely that the White House views economic measures as more effective than military ones, and will continue to do so in the future:

“I think the only situation in which a military strike would be realistically considered is if the Iranians sought to provoke something,” Ansari says. “I don’t see this coming to a preemptive strike at all because I think that simply complicates the issue.”