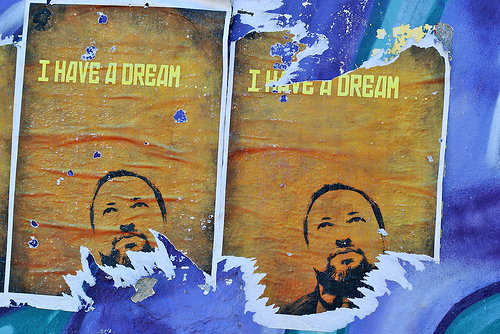 When I was very young, I thrilled to the strains of “Exodus” – the music that accompanied the popular movie depicting the Israeli fight for independence. I played it over and over, every night, falling asleep to its crashing chords of defiance and deliverance. But it wasn’t just the music. As I grew older I was enamored of the Israeli narrative: a nation of exiles who forged for themselves a place that could be called home. For a somewhat alienated teen-ager, such as myself, who didn’t feel at home anywhere, the Israelis represented the outsider triumphant, a long-persecuted people who, in spite of everything, had carved out a place for themselves in the world.

This is the image that burned itself into my brain, and, like many Americans, Jews and non-Jews alike, I felt a bond with the Israeli people that could almost be called spiritual. Today, however – almost fifty years later – I have quite a different view of the Jewish state. Not even the musical score written by Ferrante and Teicher can erase the reality of a nation that systematically oppresses its Palestinian helots, a ruthless Sparta armed to the teeth (courtesy of my tax dollars) that is now engaged in a propaganda campaign designed to drag the United States into yet another unnecessary and horrifically destructive war in the Middle East.

I have been pointing to the growing danger of religious and political extremism in Israel for years. Now the evidence is pouring in, confirming my diagnosis in every particular.

First, the recent announcement that Israel’s largest party, Likud – the party of Prime Minister Benjamin Netanyahu – is merging with Yisrael Beiteinu, a right-wing ultra-nationalist party founded by Avigdor Lieberman, a former bar bouncer who immigrated from Russia in 1978 and is now Israel’s foreign minister.

Lieberman was a member of the Likud youth group while studying international relations and political science at the Hebrew University of Jerusalem, where he was known for brawling with rival Arab student groups. According to Ha’aretz, at one point he was a member of the extremist Kach party of Rabbi Meir Kahane, now banned as a terrorist organization in Israel and listed as such by the US State Department. He denies this, but the only manner in which his views differ from the virulently racist and nationalist Kahanists is his relative secularism: for example, he wants the state-subsidized Haredim (Orthodox religious scholars) to be conscripted into the army, like everyone else.

Lieberman rose quickly through the ranks of Likud, eventually becoming Netanyahu’s chief of staff, but split to form his own party when the Wye River memorandum granting Palestinians some basic rights was signed by his boss.

From the beginning his party has been the voice of Russian Jews who emigrated in the wake of the Soviet Union’s collapse and felt alienated from Israeli society. The party fielded its first list of candidates to the Knesset in 1999 on a platform that included depriving Israeli Arabs of their citizenship. When the Labor party leadership nominated an Israeli Arab to the post of minister of science and technology, Yisrael Beiteinu deputies in the Knesset declared the Zionist state was in danger of losing its Jewish character.

Condemned as racists, the party nevertheless prospered, steadily increasing its share of the vote and its fraction in the Knesset. Their plan is to annex most of the West Bank, demand a loyalty oath from Israeli Arabs – and strip citizenship from those who refuse. They want to narrow the terms of the Law of Return – which guarantees citizenship to any and all Jews who emigrate to Israel – by restricting aliyah to born Jews and Orthodox converts: converts to Progressive and Reform Judaism need not apply.

Yisrael Beiteinu has been the loudest voice calling for war with Iran, and Lieberman – who once called for bombing the Aswan dam – revels in the role of warmonger. When he entered the government in 2006, it was on the condition of his appointment to a new cabinet position: Minister of strategic affairs, a post created to counter the alleged threat from Iran.

After the 2009 elections, the party emerged as the third largest in the nation, and entered a coalition government with Likud: Netanyahu made him Foreign Minister. Lieberman links the peace process with the Palestinians to the Iranian nuclear issue and says the former cannot continue as long as the latter is unresolved. He supports the settlement movement – although the settler types, intensely religious, disapprove of his party’s secularism – and had a memorable clash with Hillary Clinton over the issue. According to Lieberman, the Bush administration had agreed to allow the settlements, but Hillary wasn’t buying it.

He wants to execute members of the Knesset who meet with Hamas: faced with criticism from Israeli Arabs and the liberal wing of the Labor party, the thuggish Lieberman vowed that once he and his party take power “we’ll take care of you.” With the rising tide of ultra-nationalist extremism in Israel, that day may not be far.

Which brings us to the second exhibit of evidence: a recent poll that shows the frightening dominance of racist and ultra-nationalist trends in Israeli society. The headline in Ha’aretz says it all: “Most Israeli Jews would support an apartheid regime in Israel.” The paper reports:

“The majority of the Jewish public, 59 percent, wants preference for Jews over Arabs in admission to jobs in government ministries. Almost half the Jews, 49 percent, want the state to treat Jewish citizens better than Arab ones; 42 percent don’t want to live in the same building with Arabs and 42 percent don’t want their children in the same class with Arab children.”

The bullied have become the bullies.

According to the survey, “a sweeping 74 percent majority is in favor of separate roads for Israelis and Palestinians in the West Bank.” Even more ominously, “Almost half – 47 percent – want part of Israel’s Arab population to be transferred to the Palestinian Authority.” In short, they favor ethnic cleansing. Among the disgusting details of this comprehensive scientific poll is this interesting tidbit:

“Most of the Jewish public (58 percent) already believes Israel practices apartheid against Arabs. Only 31 percent think such a system is not in force here.”

When American critics of Israeli government policies describe it as an “apartheid state” they are simply agreeing with the views of the majority of Israelis, who know apartheid when they see it – and live it. Yet this designation is regularly cited by Israel’s American amen corner as prima facie evidence of “anti-Semitism.” By this standard, 58 percent of the Israeli public can now be classified as anti-Semites.

The surge of openly racist passions has fueled increasing violence against the Arab minority: recently a crowd of hundreds of football hooligans – of the type that, in Europe, are often the shock troops of neo-Nazi parties – shouting “Death to Arabs!” swept through the streets of Jerusalem, beating any Arab they could find. The police did nothing to stop them, and, as far as I can tell, none have been arrested.

The Israel of today is not the Israel of “Exodus.” It is not the Israel of the democratic egalitarian Labor tradition, symbolized by the kibbutz: it is, in fact, no longer the only democracy in the region – it is, instead, an increasingly tribalist and anti-democratic state, a militaristic society dominated by ethnic and religious exclusivism, and a dangerously expansionist one to boot.

In championing Israel’s cause, Mitt Romney and his Republican cohorts continually refer to our alliance with the Jewish state as reflective of American values, contrasting this with the “realist” view which subordinates values to interests. This may have been true in the early days of the Zionist enterprise, but it is far from true today: indeed, Israel is taking a path which can only end in the dark abyss of tribalism, religious fundamentalism – and war.

It is, for me, a sickening process to observe from afar – because I still remember my youthful vision of a benevolent Promised Land, and a people whose oppression made them sensitive to the oppression of others. I remember the strains of “Exodus” ringing in my ears, as I fell asleep to the sound of yearning and triumph over evil.