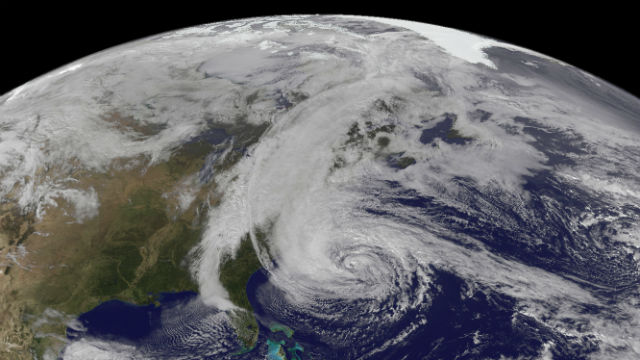 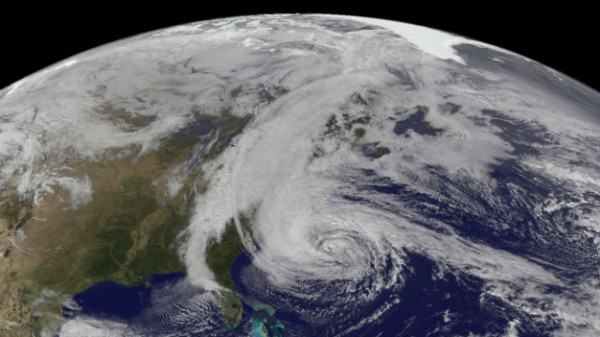 WASHINGTON — Huge swaths of the U.S. East Coast are being pelted by one of the biggest storms ever to approach the mainland, just more than a week before Americans vote for president and pick a new Congress. Hurricane Sandy has forced the cancellation of campaign events and could leave millions of Americans without power as they prepare to cast ballots.

Hurricane Sandy is unleashing powerful winds and torrential rains from the Carolinas to New York. In coming days, the storm’s impact will likely be felt from the U.S. mid-Atlantic region into Canada. While U.S. airwaves are filled with political advertisements before the election, many voters have a more immediate concern.

“I am really nervous about this [storm],” a woman said. “I really am. I am cooking. I am thinking we are not going to eat for the next six days.”

Sandy is expected to join with two winter storm systems to form what forecasters have termed a hybrid “superstorm” spanning 1,200 kilometers, affecting up to 60-million residents.

“We do not have as extensive an early voting in Virginia as other states.  The storm will throw a little bit of havoc into the race.  I was supposed to be with the president [Obama] and [former] President Clinton on Monday.  That rally has been cancelled.  But I think Virginians are ready to go to the polls.”

“Of course, we are all hoping that the hurricane does not have huge consequences for people’s safety,” said Cutter. “We have taken every precaution that we possibly can.  The president took down a couple of [campaign] stops so he could monitor the situation.  So we just have to see how this goes.”