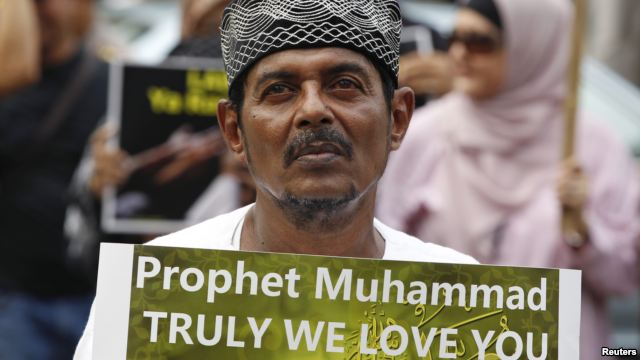 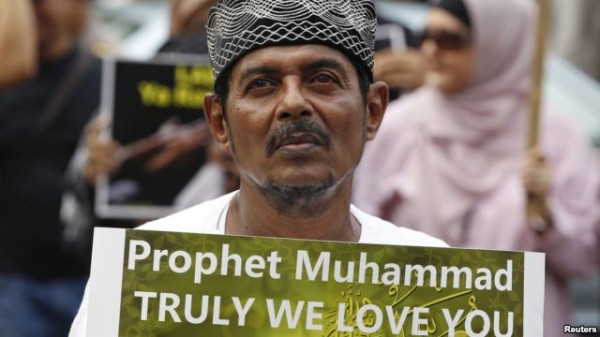 JAKARTA — Acts of violence against minority faith communities in Indonesia are rising, casting doubt on the nation’s tolerant image and what some have seen as proof that Islam and democracy can coexist. Analysts say violence is leading the country down a dangerous path.

In Madura, East Java, a local sports hall that is typically the venue for noisy afternoon badminton matches has for two months been a safe house for Shi’ite Muslims.

Umi Hani was among those who fled her home after a 500-strong Sunni mob attacked her village – torching houses and killing two Shi’ite members in her community.

“They want to burn our houses and kill us,” the 31-year-old said as she nursed one of her four children on her hip.

That was in August. Today Umi, and 200 other Shi’ite Muslims, are still in the sports hall – afraid to return home, to work and send their children back to school.

To appease local tensions the government has proposed relocating the entire Shi’ite community. But for Indonesia’s Ahmadiyah, a minority Muslim sect, it is no solution.

Persecuted also for their beliefs, some Ahmadis on the island of Lombok have lived under refugee-like conditions in local town halls for more than a decade.

“The Shi’ite community in Madura rejected the relocation plans so we are coming up with alternatives,” he said. “We are trying to educate people in the villages about religious intolerance and to teach people that it is wrong to discriminate against the Shi’ites and people of minority faiths.”

Religious tolerance is embedded in Indonesia’s constitution, but it still is not embraced by many. The world’s most populous Muslim-majority nation is home to some three million Shi’ite Muslims.

A nationwide poll by Indonesia Survey Circle this week indicates 61 percent of Indonesians with a low level of education say they are not comfortable living next door to Shi’ite Muslims. Sixty-three percent said the same of the Ahmadis.

But it is not only followers of minority Islamic faiths that face discrimination.

Despite a Supreme Court ruling, a Christian congregation in Bogor, West Java, has, for years, been forced to pray on the sidewalk after local authorities sealed off their church.

In the past week alone, nine churches and six Buddhist temples were closed in the Sharia-ruled province of Aceh.

Under the leadership of President Susilo Bambang Yudhoyono, almost 80 churches have been closed across the country – 10 times more than under former dictator Suharto.

Andreas Harsono of Human Rights Watch says faith-based vitriol is undeniably on the rise and the state is helping to enforce it.

Asked if Indonesia can legitimately claim it is a pluralistic and tolerant nation anymore, Harsono was doubtful.

“No, not at all, because of at least three phenomena,” he explained. “One, the government and police are helping, either actively or passively to inflame this religious intolerance and there is a lot of evidence, in Madura, against Christian churches, and against Ahmadiyah. The second there is more and more legal frameworks against the minorities.”

Harsono cites the blasphemy law, the anti-Ahmadiyah decree and more than 100 discriminatory regional by-laws as examples of how the state is undermining the rights of minorities. He also says that government institutions that discriminate are not being admonished.

“They include the ministry of religious affairs, the Indonesian Ulema council,” he said. “And last but not the least the religious harmony forum, which is in fact discriminating against minorities in setting up houses of worship.”

With a coalition including Islamic-based parties, the president has been unwilling to crackdown on religious violence and discrimination.

Harsono worries that if things do not improve, Indonesia could head down the same road as Pakistan and Afghanistan, where religiously motivated violence is almost routine.

For Umi, 31, it is Indonesian attitudes that need to change, because she says she will never convert to a different faith out of fear.